Since kids with ADHD tend to be more active than other kids, it’s easy to think that physical education isn’t that important for them. Wrong! Depending on the child, PE can be even more important for a child with ADHD.

Because the ADHD brain has trouble organizing thoughts and carrying out instructions, kids with ADHD may be clumsier, less coordinated, and more likely to get injured than other kids. We saw this with Tigger quite a lot, especially since she also deals with sensory processing disorder. She fell, tripped, and got hurt much more often than her peers.

Since she was always active, I had assumed that she didn’t really need P.E. But in P.E., you learn so many critical concepts that are essential to being active later in life! So we decided to institute an actual P.E. program., but we made it into an ADHD PE curriculum with a few adjustments. 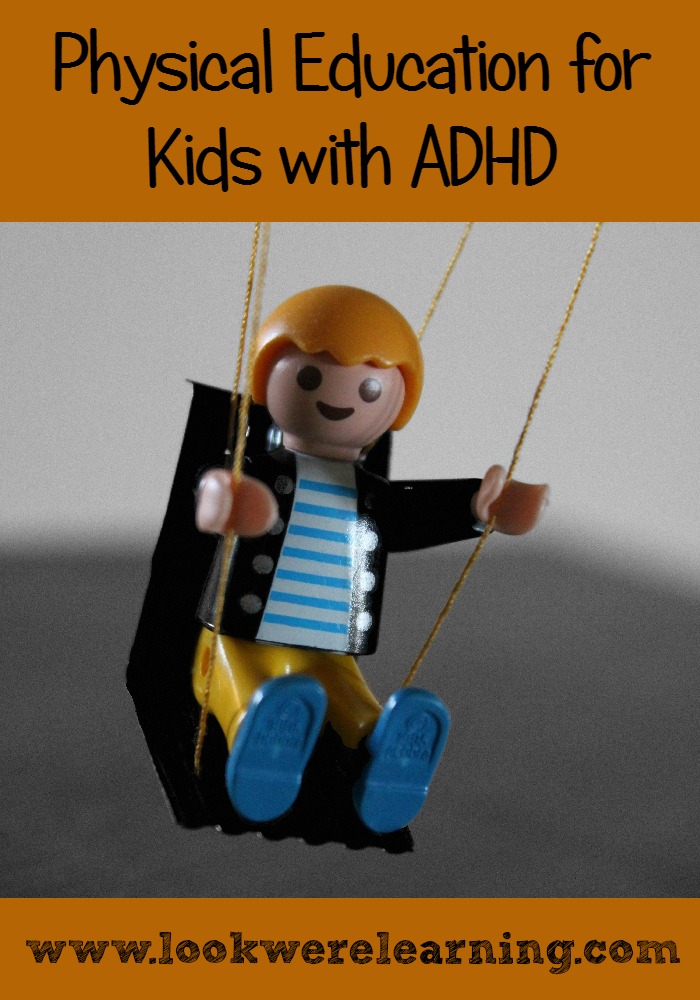 How to Make an ADHD PE Curriculum for Homeschool

I went to public school until I was in seventh grade, so I had P.E. everyday as a young child. Even though it wasn’t that long ago *ahem*, I still forgot that I learned most of my basic movement skills there, not on the playground. When we took the kids to the playground last year, I couldn’t understand why they were afraid to climb the play structures. Duh! I’d never taught them how to jump down!

We started focusing on mastering the basic PE skills – jumping, skipping, standing, balancing, and running. I just took the kids to the playground last week and I almost couldn’t get them off the ladders. Even Piglet was climbing and sliding down with the rest of them. 🙂

Because kids with ADHD often have short attention spans, you might have to keep the structured P.E. lessons short, especially when you’re first beginning. They can get so excited about trying something that they fail to pay attention to the instructions and then they’re far more likely to get injured.

So, keep the instructions short and let them get involved as soon as you can. Watch them for signs that they’re losing focus – shifting eyes, fidgeting, etc. –  and cut the lesson when you see that. They’ll also want to play and explore on their own. You may even want to let them do that first, so that they’ll be more likely to pay attention when you teach the skills.

Earlier in the series, we talked about having P.E. early in the school day to help them organize their thoughts for later lessons. Having P.E. class immediately after breakfast may actually help your kids pay closer attention to their other subjects.

One note of warning, though: If you decide to have P.E. first, don’t make it too strenuous. Otherwise, both you and the kids will be too pooped to finish the school day! (I’ve done this, by the way.)

How do you create an ADHD PE curriculum in your homeschool? Tell us about the way you teach physical education in the comments!

This post is part of the 31 Days of ADHD Homeschooling series! Stop by tomorrow for Day 31: Writing a Unit Study for Kids with ADHD! 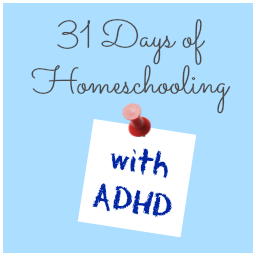