In many places, children learn very little about ancient African civilizations in elementary school. But there’s so much to discover about African empires! One of the first (and wealthiest) was Ancient Nubia. Help children discover this civilization with this Ancient Nubia unit study for kids!

Ancient Nubia is just one of the African empires we’ve studied over the years. Be sure to see our Zulu Empire Unit and our Ancient Egypt Unit also! 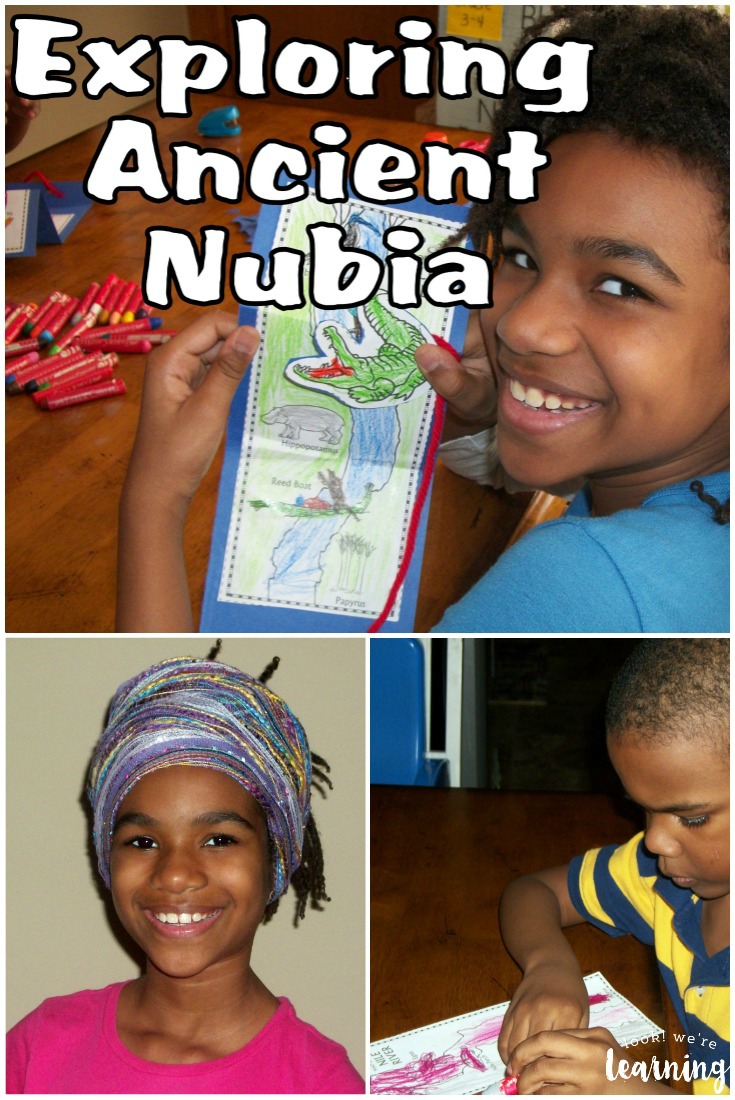 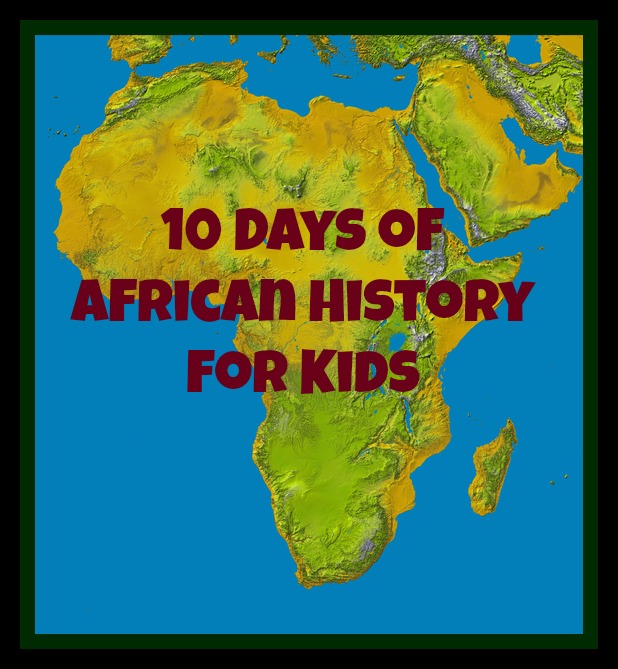 Where was Ancient Nubia?

Like most early civilizations in Africa, the kingdoms of Nubia were situated around water. In fact, the kingdom of Kush was located just down the Nile River from Egypt. We marked the location of the empire on our Africa map. 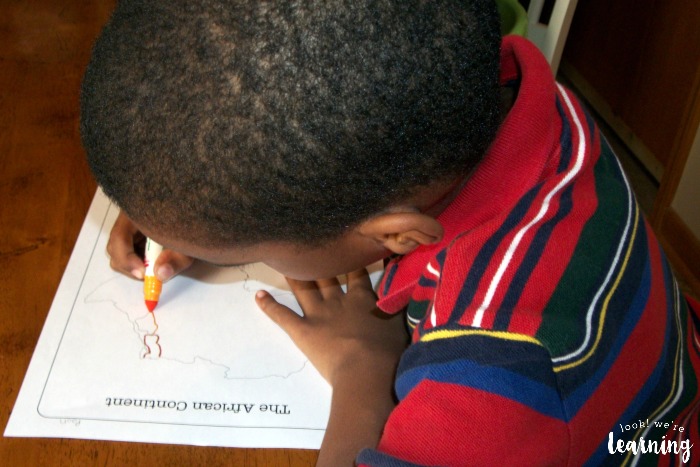 According to historians, the names Kush and Nubia can be used interchangeably, but most people still refer to the area as Nubia. While the name “Nubia” has come to be associated with dark skin or dark color, it actually means “Land of Gold”.

True to this name, Nubia’s revenue was largely based on its large reserves of gold. Eventually, Kush became so wealthy that it conquered Egypt for a time. Some ancient art shows images of traders from Kush bringing gold to Egypt for sale: 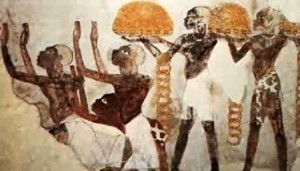 We also learned that the Bible speaks about the ancient kingdom of Kush. Psalm 68:31 associates Kush with Egypt when it says, “Bronzeware things will come out of Egypt, Cush (Kush) itself will quickly stretch out its hand with gifts to God.” Along with gold, Kush was also rich in precious stones, which were also used heavily in trade. The Bible also supports this at Job 28:19 speaking of “the topaz of Cush (Kush)”.

Like Egypt, Nubia’s architecture consisted largely of religious buildings. The people of Kush viewed the ruler as divine and they constructed pyramids to honor them. Some of these pyramids and ruins are still standing today:

Ruins of the Western Defuffa Religious Building at Kerma The Kush Empire and The Nile River

Kush’s location on the Nile River allowed the people to flourish, thanks to plentiful irrigation for farming. Some of the typical crops included sweet potatoes, beans, and onions. The people in the area were also surrounded by several kinds of animals, which lived in the area around the Nile.

To look at animal life along the Nile, we made a paper craft about Nile animals from the book History Pockets: Ancient Civilizations, Grades 1-3 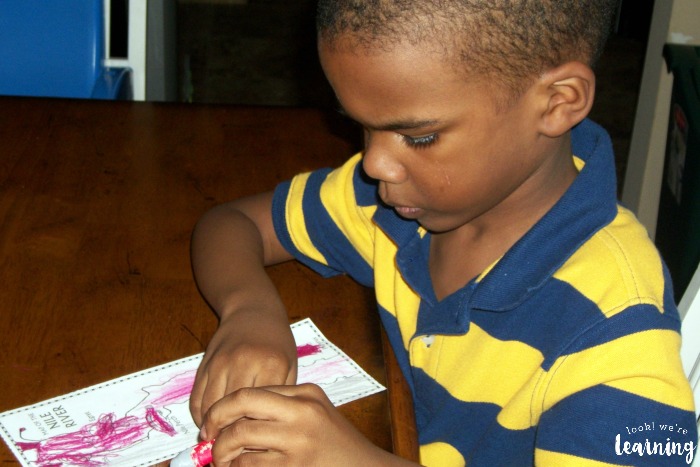 Roo decided to color his entire Nile River map magenta, which made it look quite…interesting. 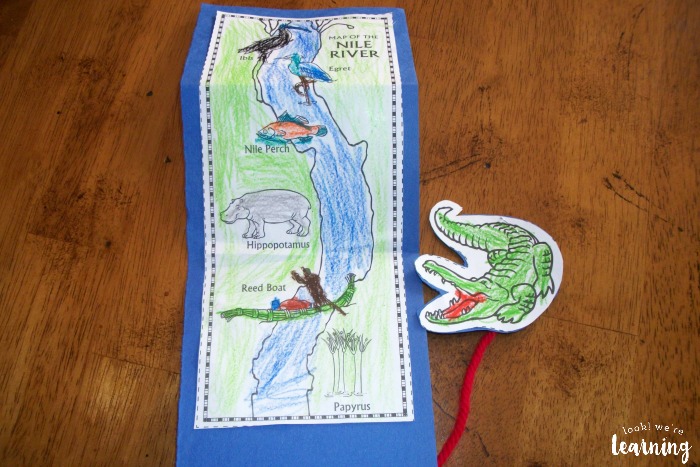 After we colored our Nile River maps, we added a crocodile attached with a string of yarn so it could “swim” up and down the river. 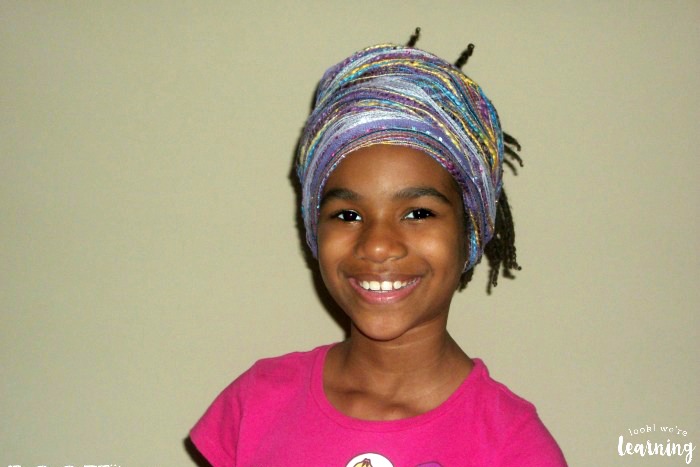 And, of course, we had to try out some African-inspired headwraps!

Books and Resources about Ancient Nubia

PBS: Wonders of the African World – Lots of facts and history about ancient Nubia with photographs of the region’s ruins.

Ancient Africa for Kids – A kid-friendly summary of how the kingdom of Kush was established and how it thrived.

HistoryFiles: Kingdoms of East Africa – Timeline of Nubia’s development and growth with photos

– This is an excellent book by Joan Joseph about many of the early African kingdoms. It’s hard to find on Amazon, but there are several copies available from AbeBooks.

YouTube: Wonders of the African World – Episodes 1 & 2 “Black Kingdoms of the Nile”

For more about Ancient Nubia and other African empires, pick up a copy of African Kingdoms! A Printable Elementary Unit Study about Ancient Africa! Click the image or the link below to grab it from our Store! 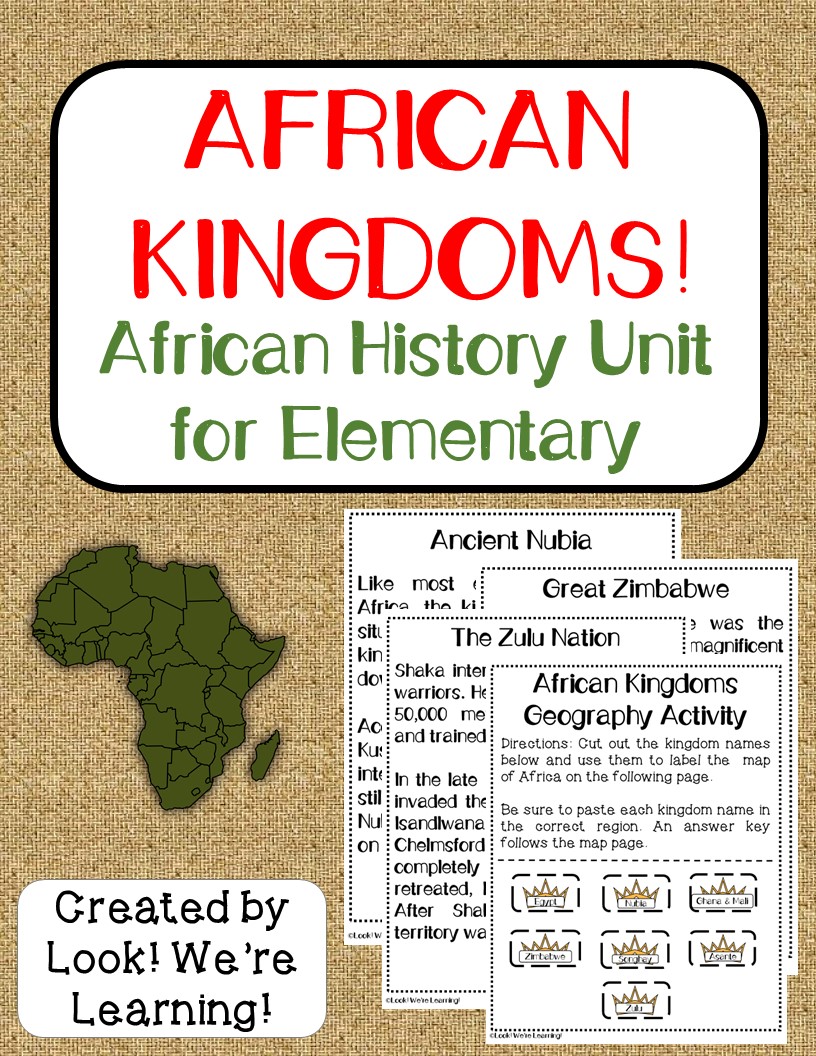