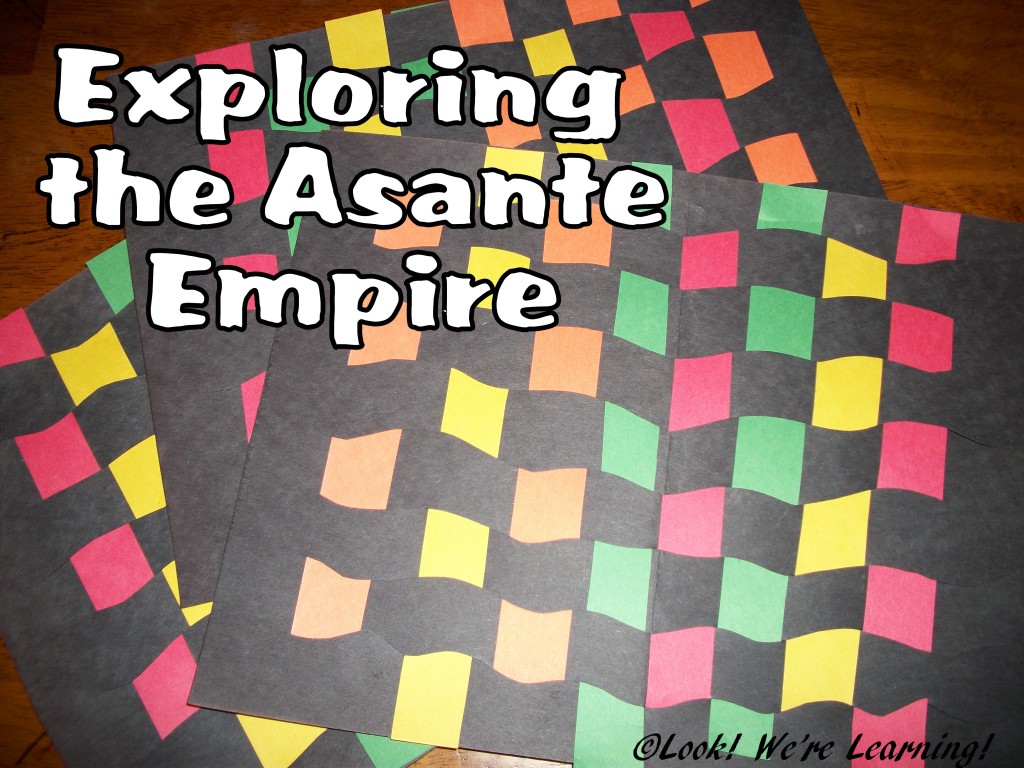 Hi everyone! We’re on Day 7 of our African History for Kids series! Today we’re learning about the Asante (Ashanti) Empire.

What was the Asante Confederacy?

The Asante Kingdom was actually a confederacy of several smaller tribes that banded together in the late 1600s. The original group was a migratory clan that traveled down from the area originally covered by the Ghana Empire. Over time, several clans began to join forces under the leadership of Osei Tutu, who ruled over the Asante from 1670 to 1717.

One of the things that set the Asante Empire apart from the earlier African kingdoms is that the king was not considered divine nor was he considered all-powerful. Rather, the Asante king (called asantehene) was sort of like a modern-day president. He had a group of advisors who he listened to and received suggestions from and he made his decisions based on their input. The city of Kumasi eventually became the Asante capital and most of the empire’s wealth came from its trading in gold, ivory, and slaves.

Where was the Asante Kingdom?

The Asante Kingdom was located in West Africa just below the area originally covered by the Mali Empire. If you look at the diagram we made below using the blank Africa map from Discover Africa, you’ll see it in light green below the teal lines of the Songhay Empire and the light purple lines of the Mali Empire. 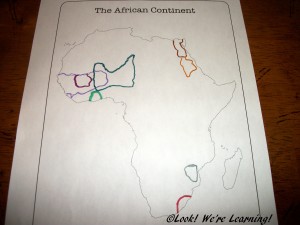 One of the things I’m most proud of from this unit is that all three of our kids can look at this map and identify the kingdoms on it, even without the names. It’s great that they realize that Africa had a history long before that of the politically divided nations that exist on it today.

The most recognizable aspect of the Asante Empire was the kente cloth, which is still associated with African culture today. Kings and queens wore clothing made of it, but it was also woven and worn by the common people. Looking at it, it’s easy to see why it was so widely used. It’s stunning. We decided to try our hands at construction paper weaving with kente-inspired colors. We got some paper weaving directions from Dick Blick and off we went! 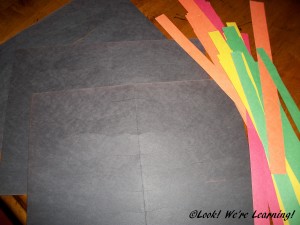 The directions suggested cutting the loom lines on a curve to make a more visually interesting weaving. 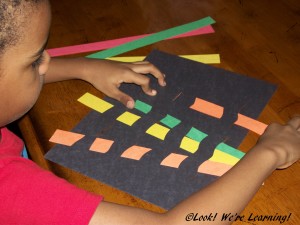 The kids had a little trouble learning how to move the loom lines without tearing them, but they got the hang of it. Once we finished the weavings, we slid them through our favorite laminator and we were all done! 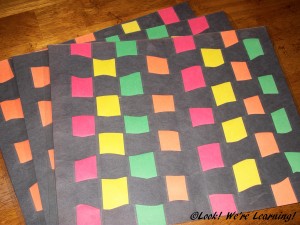 Ta-da! We think we’ll use them as placemats at snack time. 🙂

Books and Resources about the Asante Empire

Saylor.org: The Ashanti Empire – A printable PDF about the history and operation of the Asante Conferacy

Wikipedia: Ashanti Empire – Very thorough review of the history of the Asante Empire, its culture, and its eventual decline through colonization

The Metropolitan Museum of Art: Art of the Asante Kingdom – Photo slideshow of a exhibition of Asante art previously on display at the Met

Tomorrow we’re wrapping up our look at African kingdoms with the last great African empire: The Zulu Nation! We hope you’ll come back to learn about this empire with us!