If you’ve even considered taking up running, you’ve probably heard of Couch25K. It is a SUPER popular training program for new runners.

I actually like Couch25K. It is a really easy and doable way to get up off the couch and start running.

But I’ve found that it just doesn’t work for actually running a 5K – at least not for beginners. And, since I’ve done the program twice, I’m well aware of its shortcomings.

Here’s why the Couch25K plan doesn’t work – and how you can make it work for you! 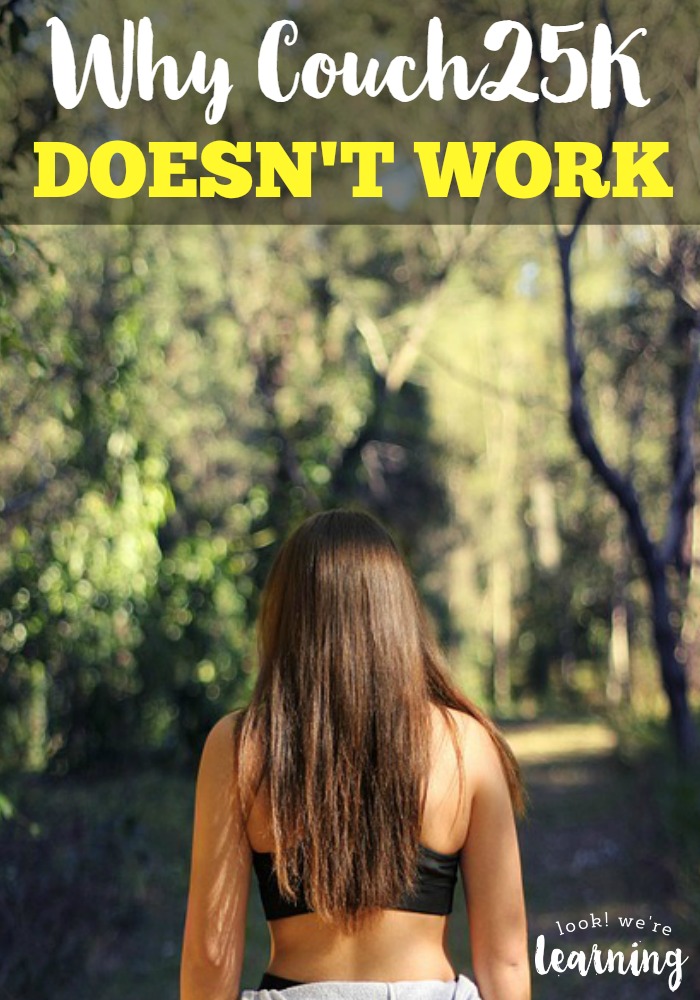 Why the Couch25K Plan Doesn’t Work

Here’s why Couch25K doesn’t work for newbies: It progresses too quickly.

The first four weeks are excellent. You start with very short running bursts, followed by longer walking intervals. Over the initial runs, you get to a point where you run and walk the same amount of time. So far, so good.

During the last five weeks, though, the program gets real serious. And Fridays are reserved for straight runs. So on the last five Fridays, you run non-stop for 20 minutes, 22 minutes, 25 minutes, 28 minutes, and 30 minutes respectively.

The plan assumes that you will run a pace of 10 minutes per mile, so the final training run of 30 minutes should be enough for you to run an entire 5K. Ha!

If you’re literally going from a couch potato lifestyle to running, there’s no way you’ll reach a 10 minute pace by the end of the program. And you’re most likely not going to run three miles straight, even at a slower pace. Tigger and I have done two 5Ks this year and my fastest pace so far has been 12:12 per mile.

So if you go into Couch25K thinking that you will actually be prepared to run an entire 5K in 30 minutes by the end, expect to be disappointed.

The good news is that it’s simple to customize Couch25K for your fitness level. For me, running 30 minutes straight wasn’t nearly as important as getting used to the distance of 3.1 miles.

It’s great if I can run for 30 minutes, but if my pace is slower than 10 minutes per mile I still won’t be able to finish the race. Which is kind of the point, right?

So after the first four weeks of Couch25K, I started using Fridays to progress to 3.1 miles. Instead of running for 20 minutes straight on that fifth Friday, I focused on completing two miles.

Each week thereafter, I added a quarter mile. By the end of the nine weeks, I had covered 3.1 miles (most of it running) and was ready to go for my first 5K. Which was a success!

Follow along with my Couch to Marathon journey all year long! Right now, I’m training for a 10K! 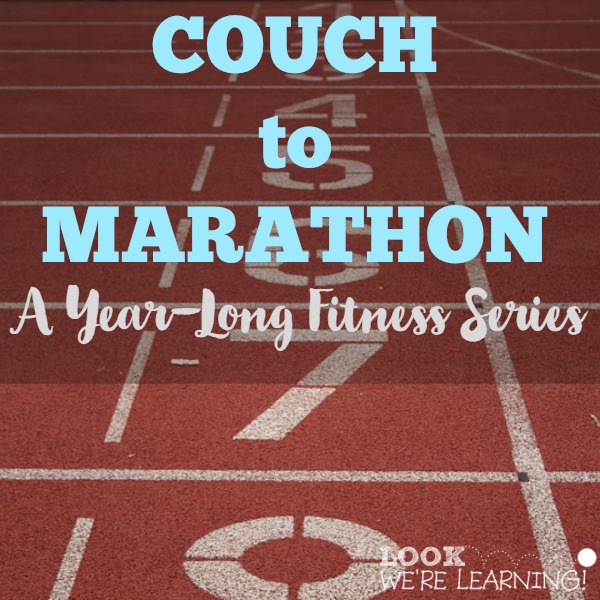 And get even more ideas for fitness on my Bye Bye Baby Weight board on Pinterest!

Have you tried Couch25K? Did it work for you? Let me know in the comments!