As you all know, we made the decision to put our kids in public school last month. After homeschooling for six years, it was … a difficult transition to say the least. Our kids had never stepped into a school before and their only ideas of what school is like came from TV, so they had no idea what to expect.

Personally, I waffled back and forth on the decision to enroll them for months, so I waited until we were really sure to break the news. It still did not go well.

Here’s the first installment in our series: The Great Homeschool Public School Experiment! Today, we’re talking about how we broke the news of our new public school experience to the kids. 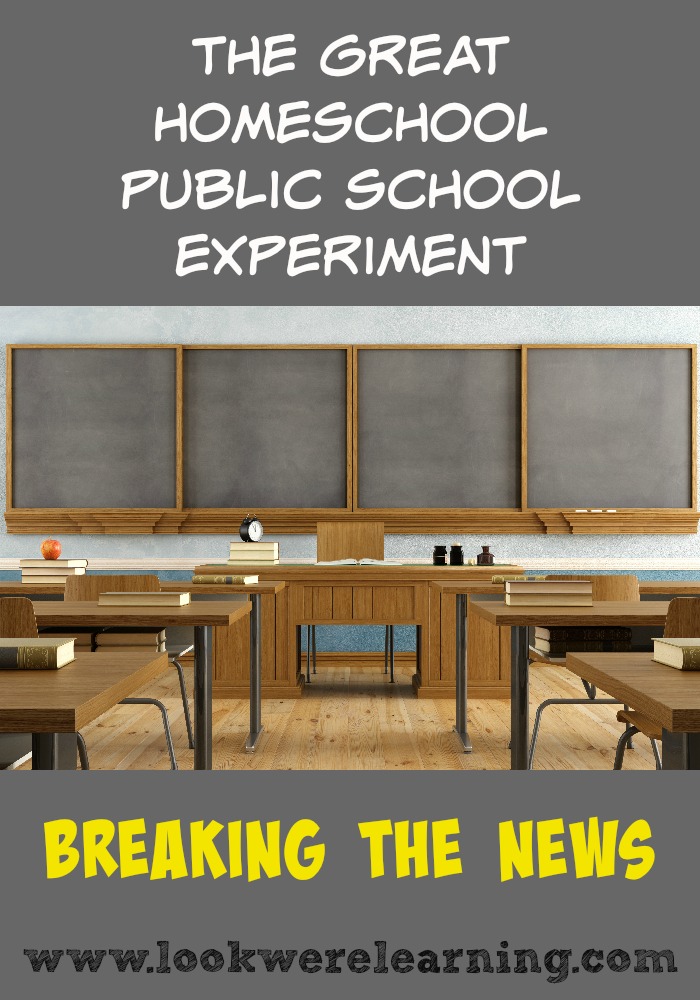 Breaking the Public School News to Our Kids

I actually decided to tell Tigger first. She’s the oldest and I thought that if I told her in advance, she’d put on a brave face for her younger brothers. That turned out to be a good idea.

Her first reaction was to cry. She told me she was afraid, because she thought the other kids would be mean to her. I told her that she’d probably have a few mean kids, but that most kids would probably just be unsure since they didn’t know her (and because she was starting in the middle of the year). Of course, fourth grade is a difficult time for kids anyway, so she had a lot of questions and doubts, but by the time we started, she was looking forward to it.

Pooh, our six-year-old, responded with “THIS IS A CATASTROPHE!” (He actually said that…lol.) He really, really, really did  not want to go at all. Ironically, he ended up adjusting the fastest, so go figure.

Roo was kind of nervous, but also kind of excited. He’s in Kindergarten, which is an awesome time to go to public school for the first time. If I could go back to any point in my childhood, it would probably be Kindergarten.

Personally, I had been dreading breaking the news to the kids for weeks. But it turned out that telling them about our new homeschool public school experiment was the easiest part of the entire process. The harder parts were still to come. 🙂

Next week, I’ll talk about the next part of our experiment: School Shopping!