My sixth grader has been showing more of an interest in black history lately, which is awesome because I love teaching it! We’re creeping up on the ’20s again, so I thought we’d go back and look at the 1920s during this homeschool year.

The ’20s were pretty great for black history. There were some horrible things happening, due to increased racial tension, but the Harlem Renaissance also took place that decade and that was a milestone era for African-American art.

So I was excited to try the book The 1920s in America: A Decade of Tensions from Kendall Hunt Publishing! It has units on both the racial tension of the 1920s and the Harlem Renaissance! Read on to see how we used this textbook to cover this fascinating period in black history! 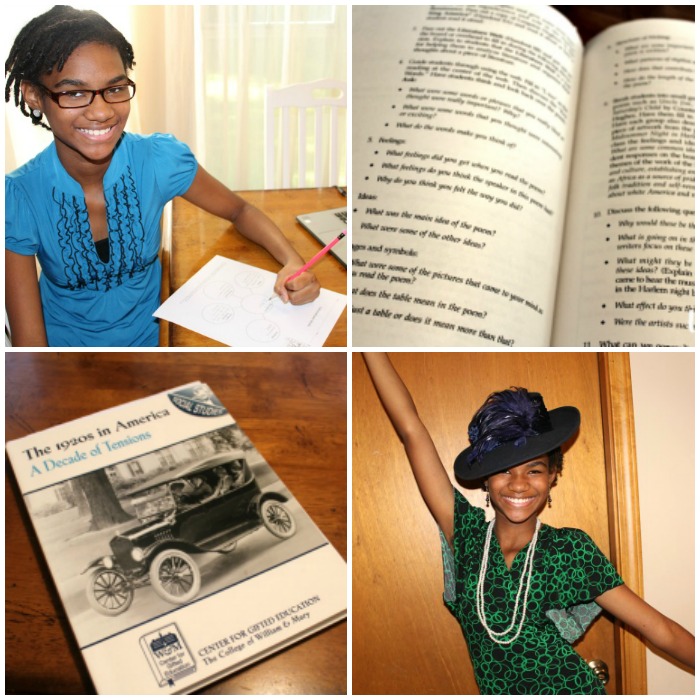 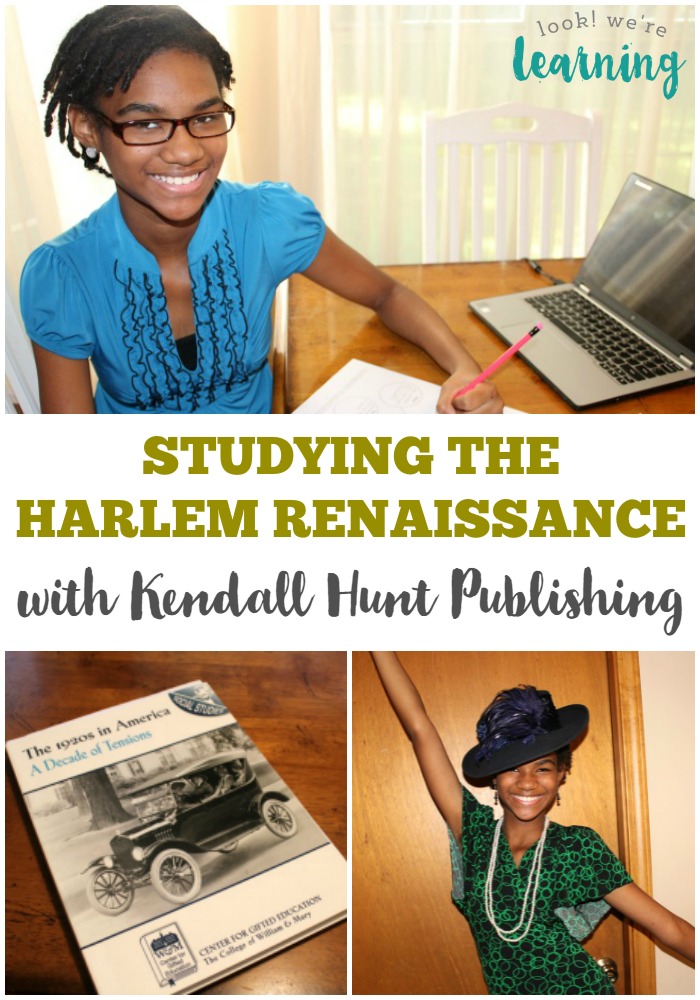 Covering The Racial Tension of the 1920s with Kendall Hunt Publishing

Kendall Hunt is a curriculum company that offers textbooks and unit studies for grades PreK through 12th. There are a TON of resources to look through. Don’t believe me? Stop by and drool over the curriculum catalog. 🙂

The textbook The 1920s in America: A Decade of Tensions, which is part of the William & Mary Center for Gifted Education Social Studies program, is designed for public school education, but I found it to be an easy text to adapt to a homeschool unit.

One of the things I love about the textbook is that it contains a unit about the existing racial tension of the decade before embarking on a discussion about the Harlem Renaissance. We can only appreciate the importance of those artistic achievements if we understand what life was like for many black Americans at the time.

Since we live in the Deep South, we see reminders of the KKK’s influence every now and then. (In fact, they were recruiting in a local neighborhood recently.) While I don’t want to frighten my daughter, I do want her to understand the very real issues that confronted black Americans in the past and still exist today. 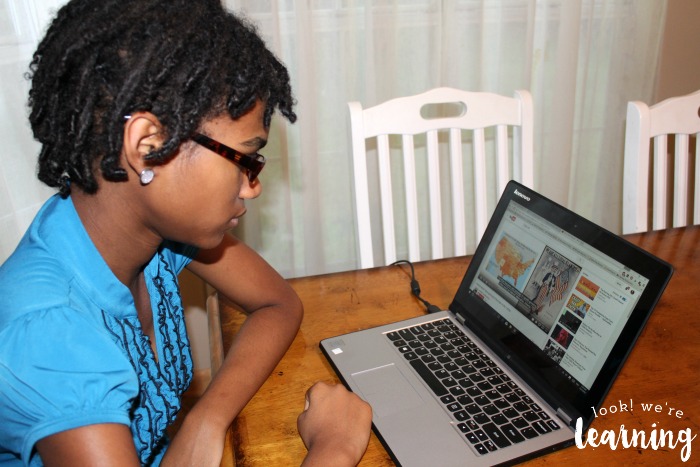 After we watched the video about the KKK, we talked a bit about life in the post-reconstruction South for black people. It was pretty grim. Poverty was rampant, jobs were scarce, and racism was everywhere. 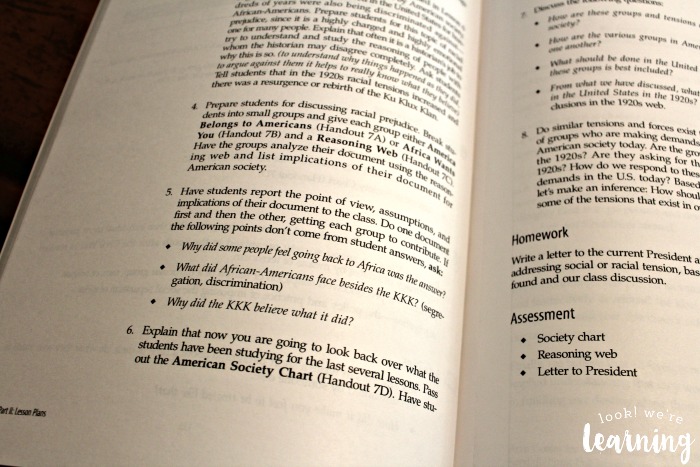 As we got a feel for the everyday life of the average black American in the 1920s, we were ready to explore the beauty of the Harlem Renaissance and why it was so important to African-American society.

We began by watching a short video about the Harlem Renaissance. 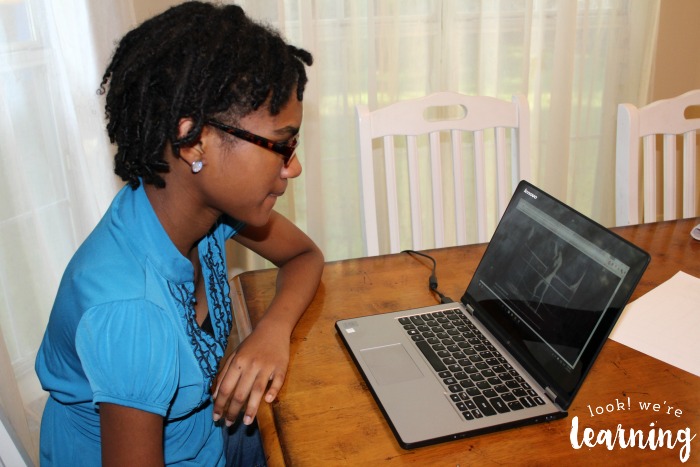 I asked my daughter to summarize why seeing the artistic accomplishments of the era would be so impressive to black Americans. Here’s what she wrote:

“The Harlem Renaissance gave the black folks a chance to make something that they would later be proud of. The black people who saw the art by other black people felt a ray of hope.” 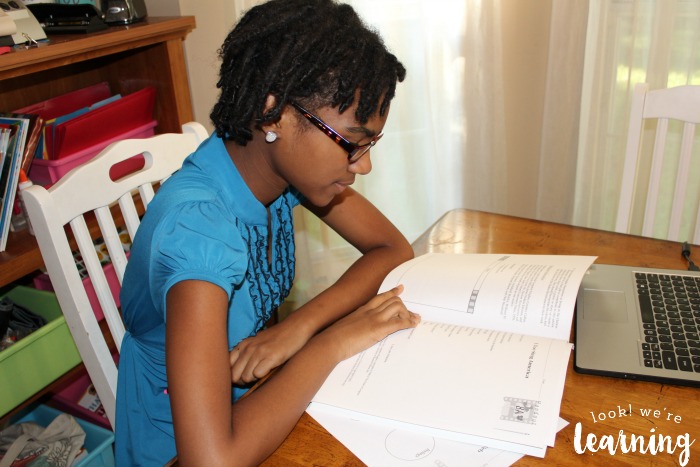 To continue the unit, we read the poem I, Too by Langston Hughes, which is quoted in its entirety in the textbook.

Off-topic a bit here, but Langston Hughes is one of my very favorite writers ever in history. Ever. 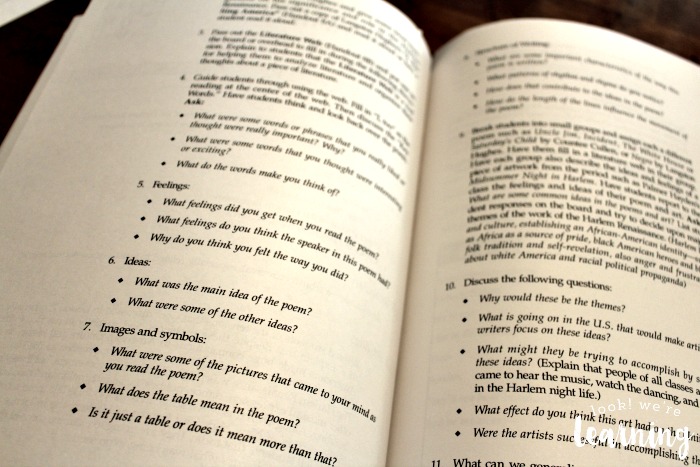 After we read the poem a few times, we used the included Literature Web printout and the questions in the unit to help examine our feelings about the work. 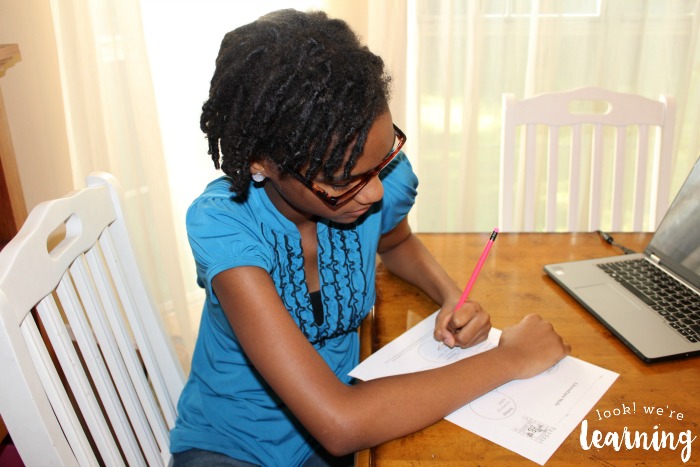 I loved this exercise, by the way. It’s such a nice method for helping kids to think about the way a poem makes them feel and then analyze those emotions. It’s also a good introduction to recognizing symbolism, something that’s crucial to our understanding of literature. 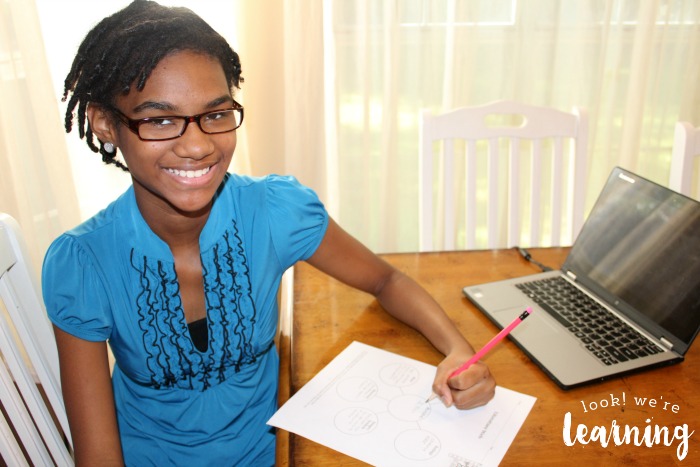 As she filled in the Literature Web, my daughter started to find deeper meaning in the poem than she originally picked up. It’s amazing that a written work which consists of about 20 lines can say so much.

Of course, I couldn’t let a lesson about the Harlem Renaissance go by without dressing her up – just a little. 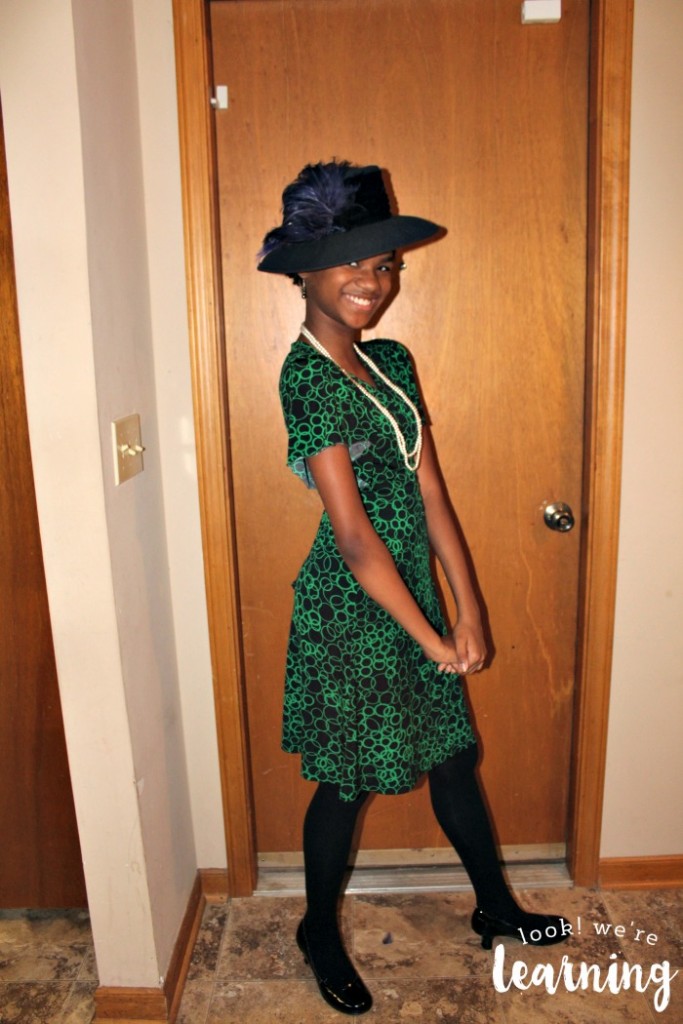 Women were extra sharp in those days. So we stopped by Goodwill and picked up a hat with feathers and a long necklace, then paired them with a dress she already had. 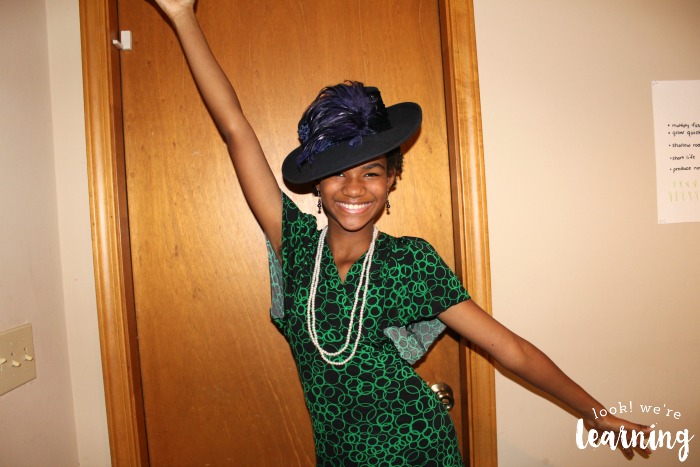 This was a wonderful history lesson – one of my favorites ever in our homeschool. And I really appreciated how the textbook The 1920s in America: A Decade of Tensions helped me organize the lesson and structure it so that it would make the most impact on my daughter’s understanding of American history.

Get more ideas for teaching history to your kids on my Living History board on Pinterest!