Are you homeschooling more than one child? If so, you’ve probably dealt with the challenge of getting your preschoolers to play quietly while your older kids are working. When I first started this school year, I envisioned all of my children sitting quietly at the table working together.

Here’s the problem with that scenario: Roo and Pooh are three and four years old, respectively. They’re not going to sit quietly on their own for long.

Instead of peacefully working, Roo took to making faces at Tigger while she was trying to work and Pooh busied himself by asking me a million and one questions. Something had to give.

Fortunately, I learned a wonderful way to teach preschoolers to play quietly and I’m sharing it with you all today! 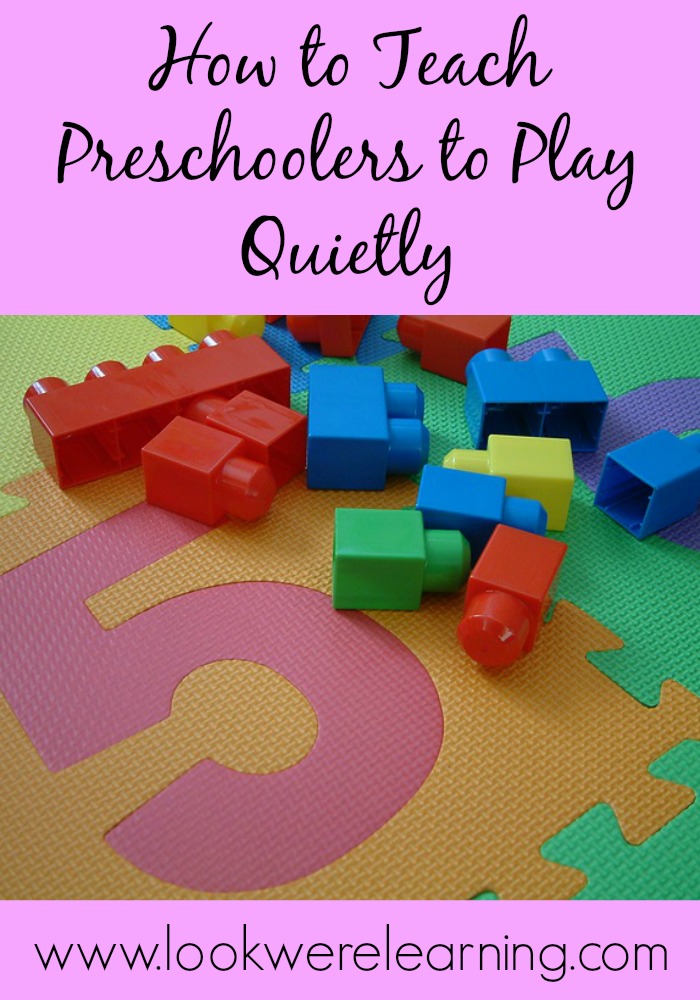 How We Taught Our Preschoolers to Play Quietly

What helped us get our preschoolers to play quietly? Morning Time.

When you get a chance, click over and read the post about Morning Time at Hodgepodge to find out what it entails, but it’s basically a training session to help the younger kids get used to working quietly by themselves.

. It did take a few tries to help them understand that they actually had to be quiet for about 20 minutes, but they got the hang of it by the end. 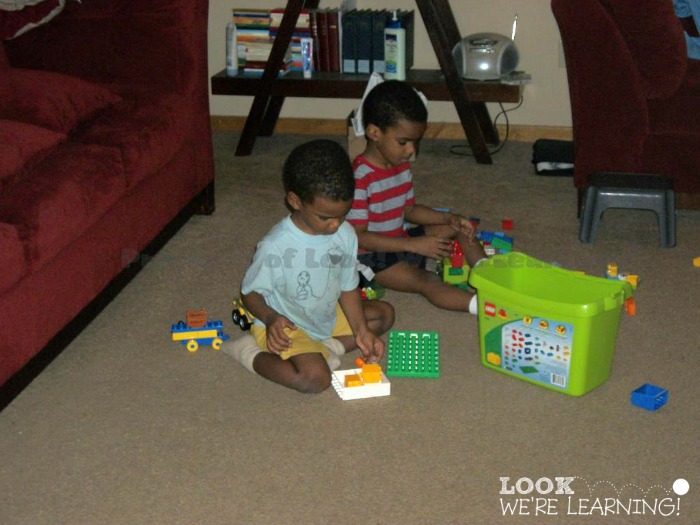 That picture right there? A thing of quiet beauty and a joy forever. 🙂 We also instituted a list of Quiet Time activities. Since the boys aren’t reading yet, I made a sheet with pictures of quiet activities they can choose from.

They can select which one they want to do and then stick with it for 20 minutes while I finish a lesson with Tigger. It’s working so far! 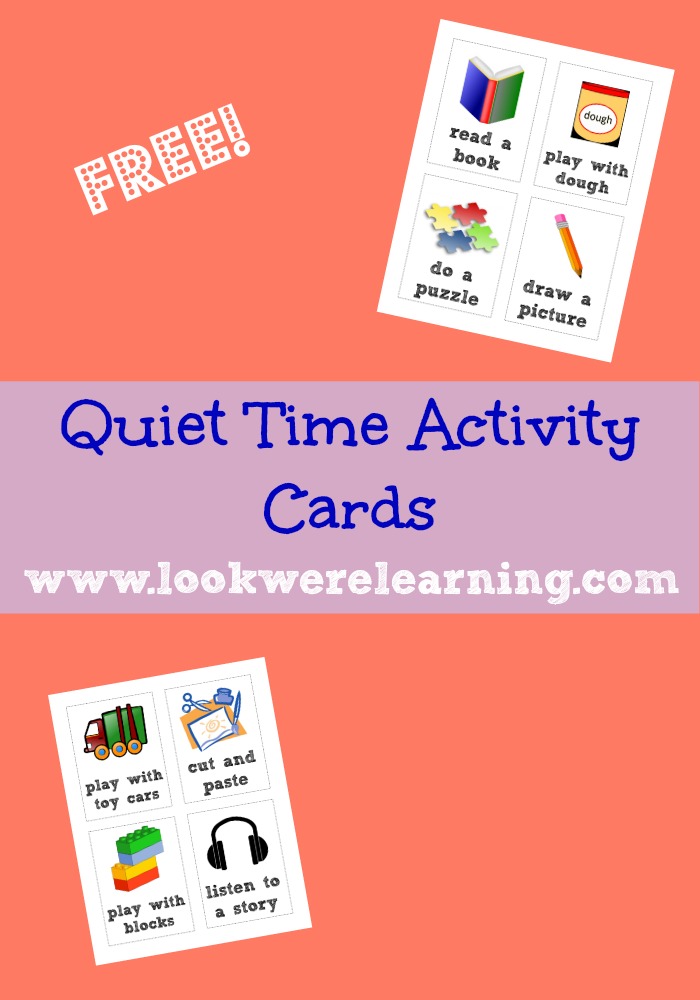 If you’d like to use a Quiet Time activity list with your kids, feel free to download our free Quiet Time Activity Cards! You can cut them out, laminate them (here’s an affiliate link for my favorite laminator

), and let your preschoolers pick which activity they’d like to do! 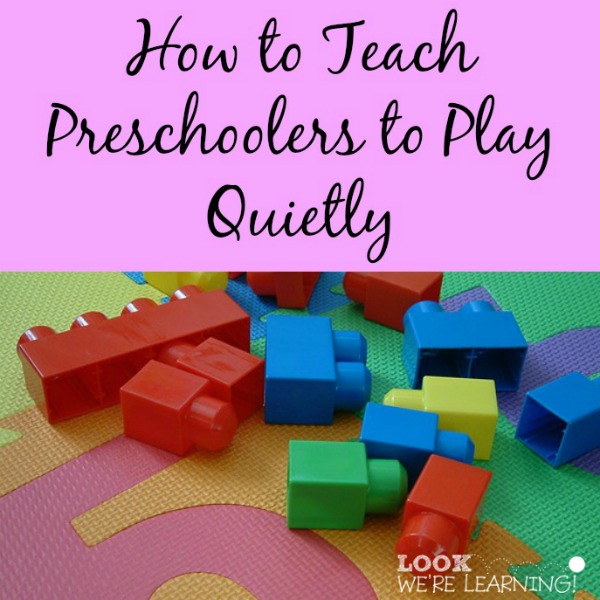 Here are some more excellent resources to help your kids learn to enjoy quiet play!

And get even more ideas for parenting little ones below! 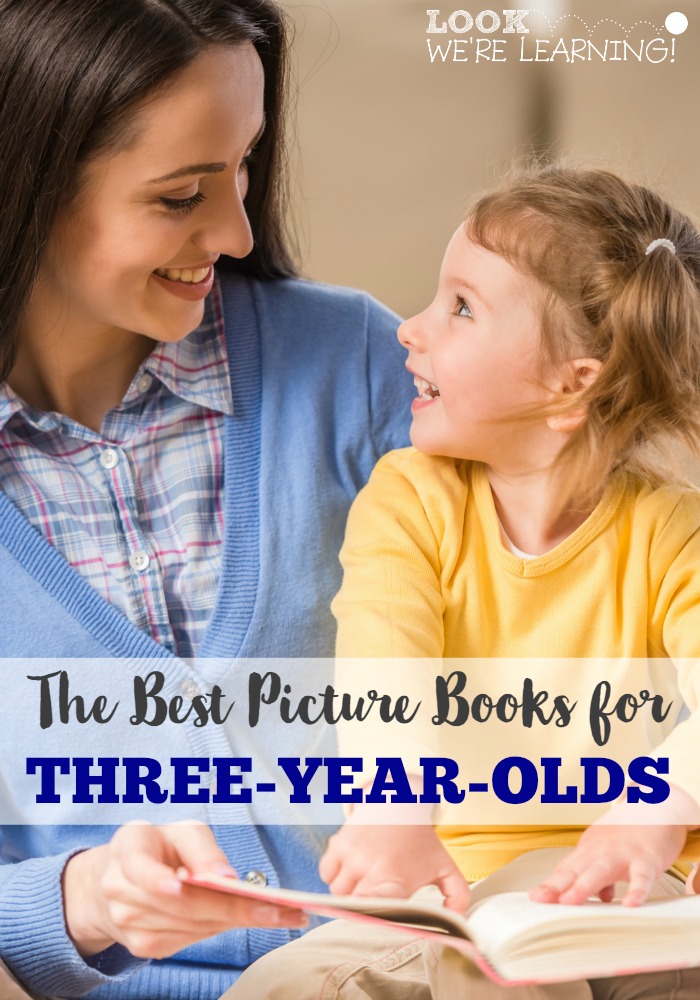 The Best Picture Books for Three-Year-Olds 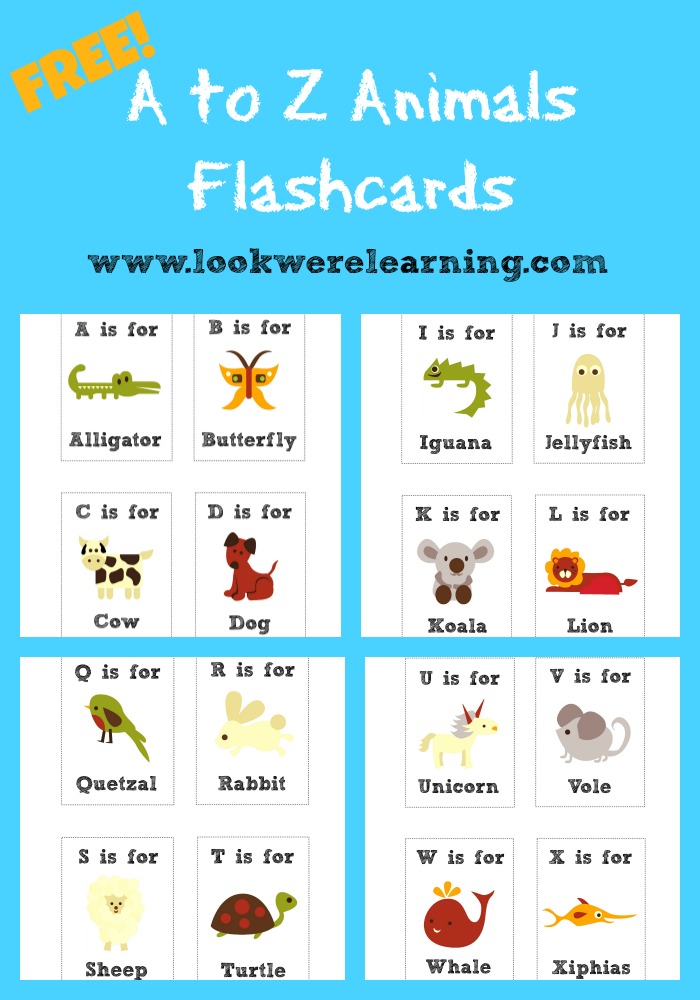 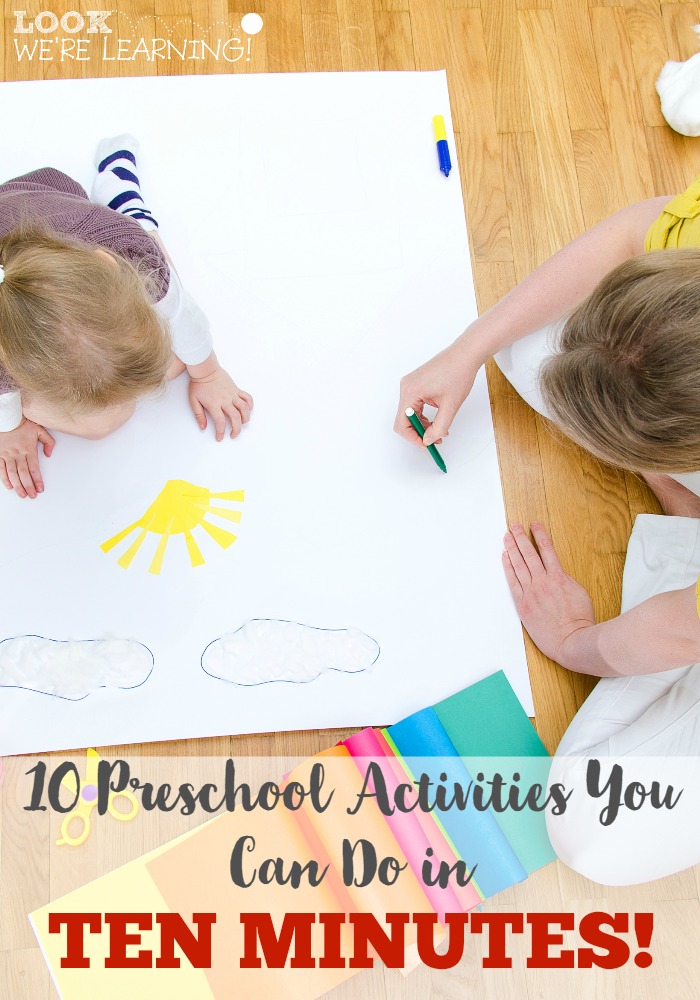 In case you missed our previous post about my homeschooling resolve in 2013, one of the things I’m focusing on is being less “boring” around my kids. So, I’m trying to add in more art play since everyone loves art in our house.

Our boys, Roo especially, really need to work on fine motor skills. And I wanted to help him improve those skills without making it into a chore he’d hate.

To make the day less “school-y” and more fun, we decided to work on building fine motor skills with play dough! Talk about something that’s not a chore at all, right? 🙂 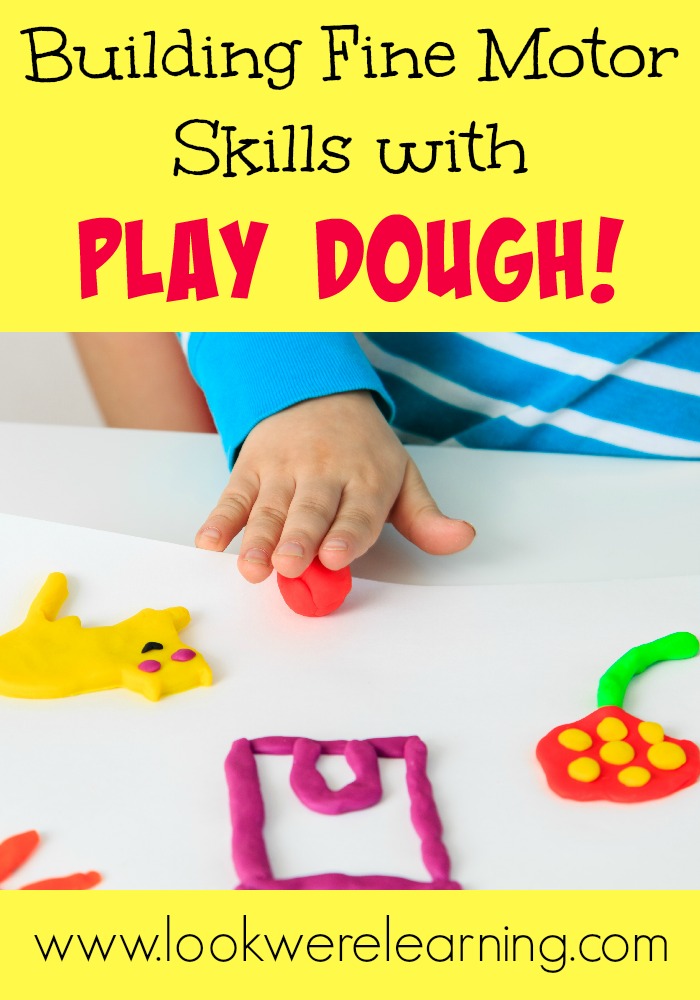 I’ve actually had these Play-Doh sets for a while but we haven’t played with them nearly enough over the years. One is the Barnyard Pals playset and the other is the Sweet Shoppe playset.

When we work with play dough, I like to have the kids use tools to shape it and manipulate it. That way, the kids can work on using their hands to grasp, pinch, and move small bits of dough. Fine motor skills ahoy!

As you can see, this is not an activity that requires any direction from me whatsoever. I just bring out the set and hand out the canisters and let them get to it. 🙂

Roo was content to sit and make Play-Doh ice cream all morning.

As someone who has dreadlocks, I was only moderately offended.

Tigger made a blue mohawk on her purple rooster.

Once we were finished, it was time to reinforce fine motor skills by….cleaning up! I’m only half kidding. Trying to get all those tiny bits of dough up is actually a pretty good skill builder. 🙂

How do you help your kids with building fine motor skills? Let us know in the comments!

Today ended up being ABC day in our house. While I didn’t set out to work on letter recognition today, it just kind of…happened. But that’s homeschooling for you! 😉

Pooh and Roo, in particular, are at the age where they’re interested in learning the alphabet. And I’ve been wanting to teach them to “spot” letters, so it was a fine day for an ABC letter hunt! 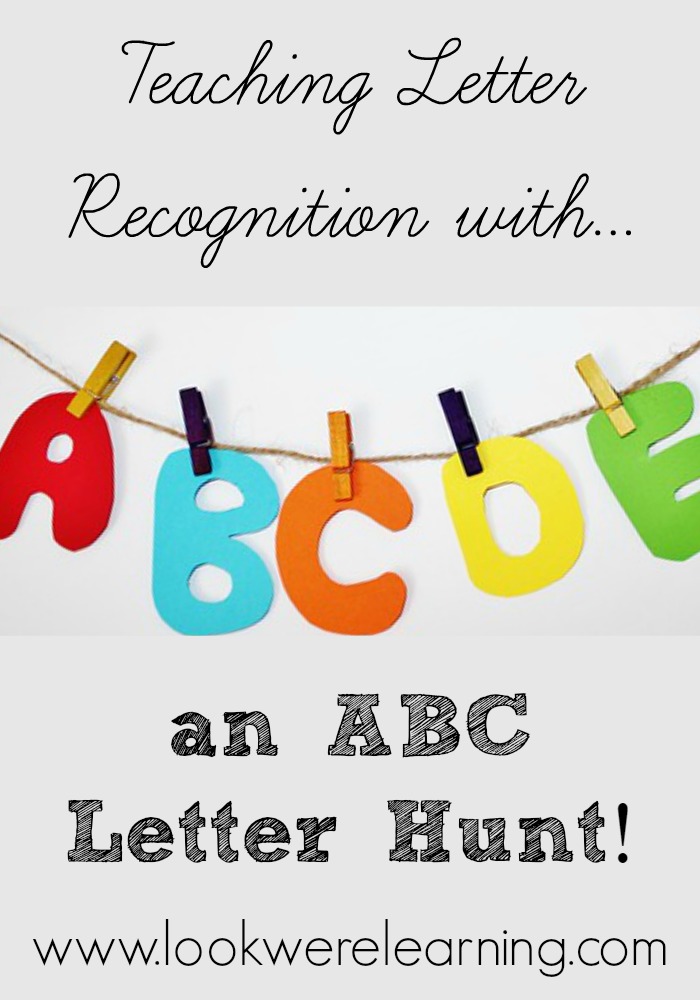 At the library last week, Roo picked out the book “The City ABC Book” by Zoran Milich and we read it last night before bed. It’s a really cute book, showing how you can find the ABCs in common city signs and buildings.

I don’t think I would have ever looked at a bicycle path marker and seen an uppercase “Q”.

Naturally, we had to spend today looking for letters in our house. Tigger spotted this uppercase “O” right away.

Pooh found a lowercase “r” – the nozzle on the lotion bottle. (That was a pretty good one, if I say so myself.)

Tigger noticed an uppercase “X” in our bookcase.

I found lots of uppercase “H”s in the crosshatches of our board game chest.

And Roo found an uppercase “C” in our nursing pillow.

Have you had an ABC letter hunt with your kids? What letters can you find around your home? Let us know in the comments!

Well, it’s a new year! And it’s a great time to look ahead to our homeschooling goals for 2013. I’ll be writing more about them in an upcoming post, but suffice it to say, we’re making some big changes in our school routine.

I think one of the things I like best about homeschooling is the freedom to change curriculum and teaching methods whenever I notice that something’s not working for our family. It’s often a lot of trial and error, but hopefully we’re getting to some kind of routine that works for ALL of our children.

In 2013, we’re starting the homeschool year right by…drumroll…asking for our kids’ opinions! 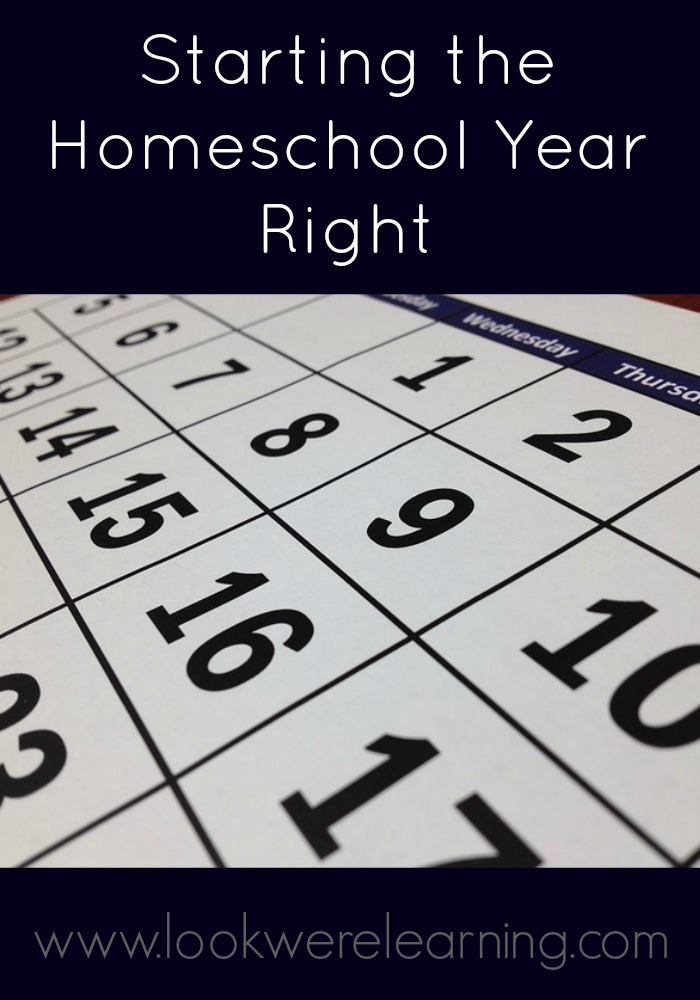 Starting the Homeschool Year with a Kids’ Interview

To get the kids’ input on last year and the new year, we did a post-2012 interview with all of them. I used a free “Year End Time Capsule” printable from Today’s Mama as the basis for our interviews. It’s really an opportunity for the children to express their favorite things about the year and what they hope to do in the coming year.

Some of the gems from our interviews:

Pooh (age 4) – Favorite thing: “Coloring pictures.” Why? “Because I like looking at stuff. Toys are boring.”

Tigger (age 8) – Favorite book: “Ramona and Her Mother.” Why? “I like Chapter 2 and it has lots of girls in it. The whole book was mostly Ramona and her mother and Ramona did a lot of things with her mother.” (Hint, hint.)

After hearing their responses, my resolve is: Less boredom in 2013!

When I asked Roo what his favorite part of 2012 was, he said “The Rocking Clown Game”. It’s called Coocoo the Rocking Clown and it’s a great game for very young children and older kids.

The goal of the game is to place the colored cylinders on the clown without tipping it over. Yes, I have ours sitting on an Usborne book for balance. (Don’t judge me.)

As you can see, the more cylinders, the more likely it is that Coocoo will start rocking…

Our kids literally played this game for hours. They absolutely loved it. You can’t tell by Roo’s expression, but he’s saying “Cheese”. Trust me.

What are your educational goals for this year? Feel free to share them in the comments!