Winter is coming to an end, but we wanted to sneak in one last winter-themed activity this school year. Tigger is a science fanatic, and she’s always up for an experiment, so it was a great time to learn about condensation and frost. 🙂

I was reading through one of our science workbooks and found this super easy Coffee Can Condensation Science Experiment, so we got to work! 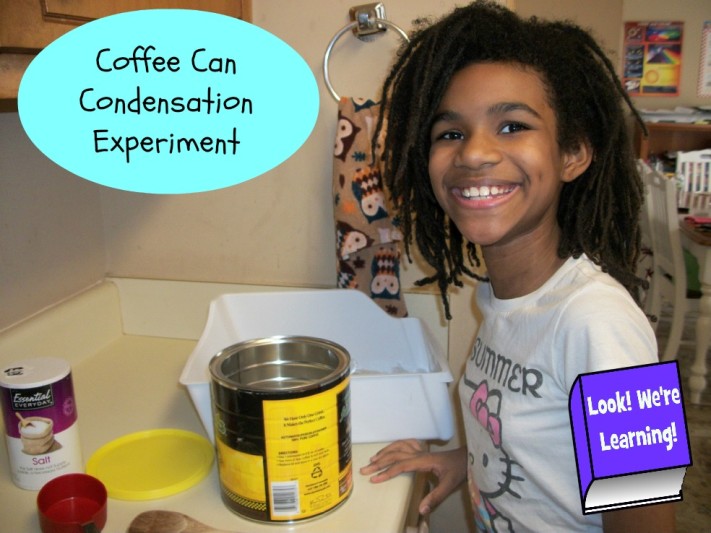 We picked up the workbook Science Projects & Experiments: Grade 2-3

at Target a while back, but I’d totally forgotten about it. (It was recently unearthed during a School Supply Scavenger Hunt.) One of the experiments in the book uses a coffee can, salt, and ice to create frost. 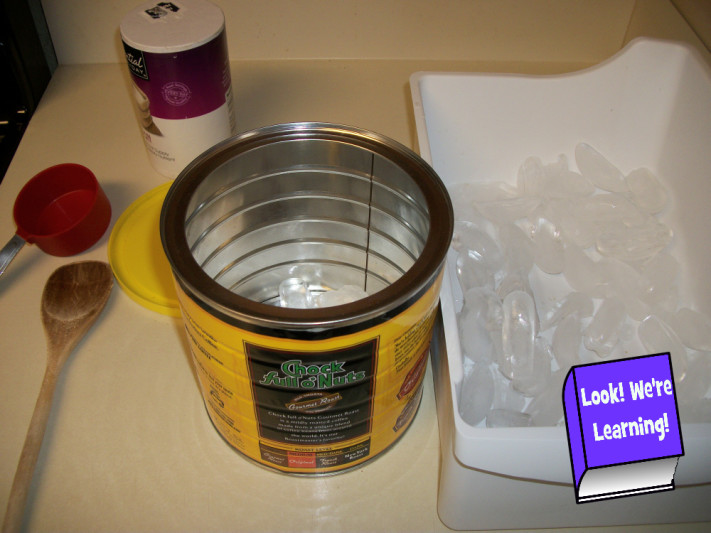 What often puts me off from science experiments is that they often seem to consist of things I don’t have on hand. I just happened to have an empty coffee can, though, so this was perfect! 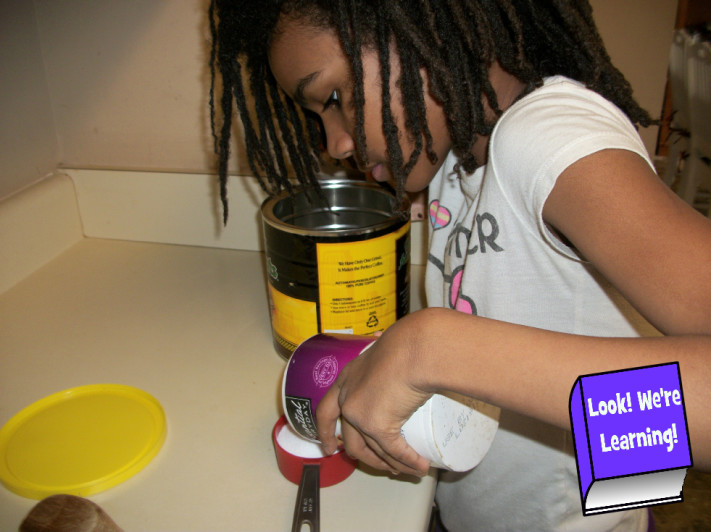 We put several ice cubes in the can, then added 1/2 cup of salt. 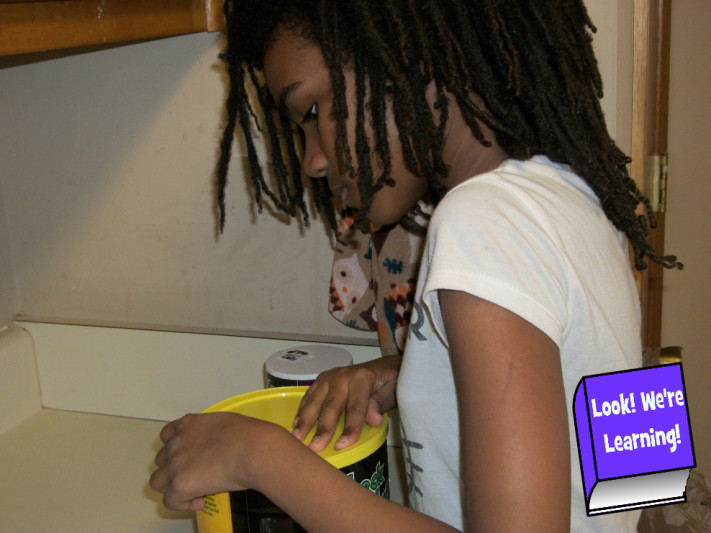 Tigger stirred the ice and salt together, then closed the lid. 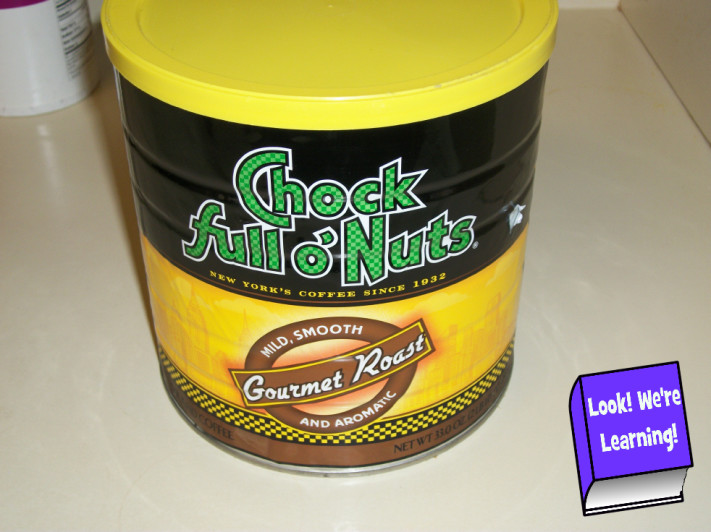 The experiment instructions said to observe the can at 10 minutes, 20 minutes, and 30 minutes to observe what would happen. After 10 minutes, I looked at the can and wondered why nothing was happening. 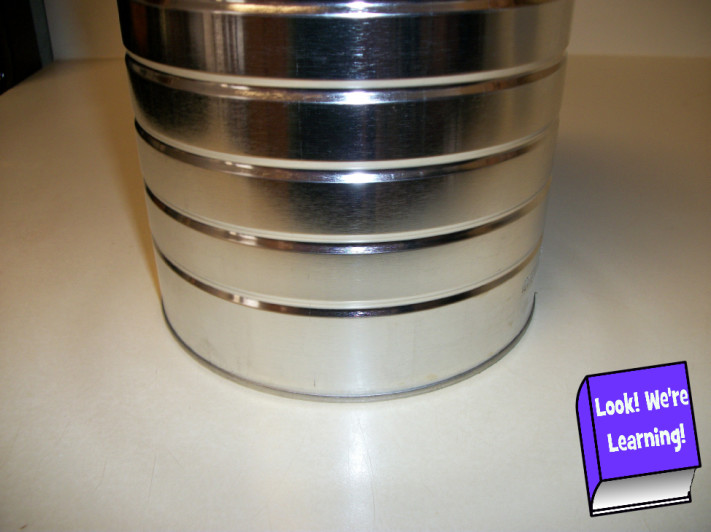 Then I realized that we’d never see anything with the wrapper still on it. Duh, Selena. 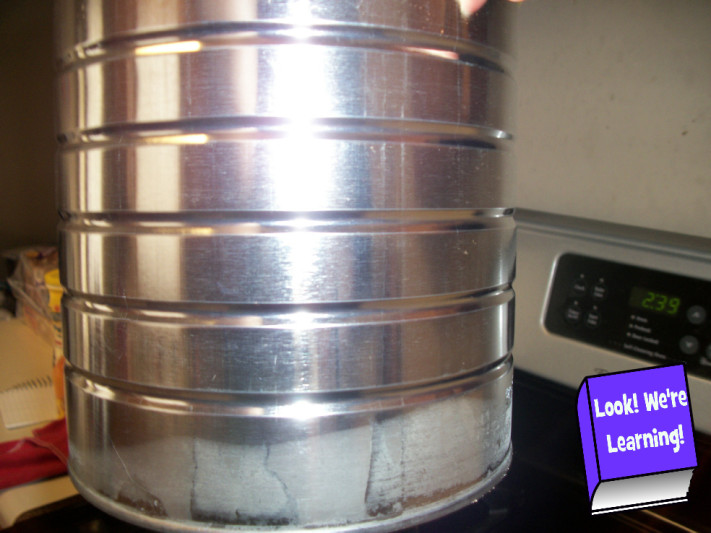 This was 20 minutes in. Frost was clearly developing on the outside of the can. 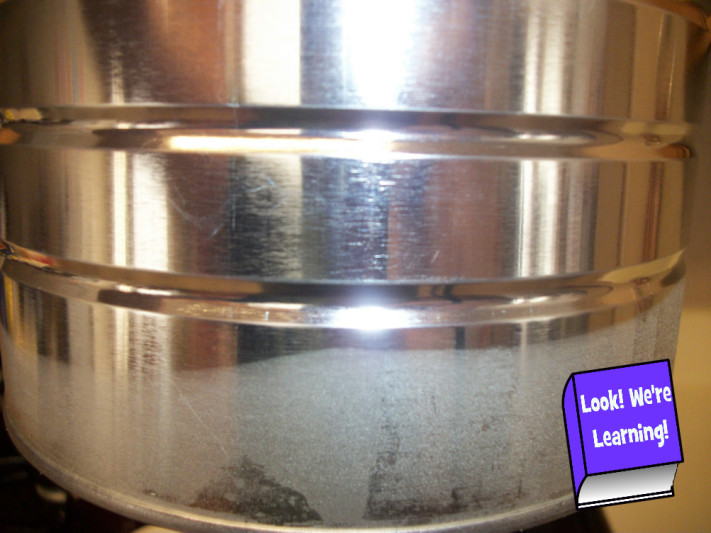 Not only was frost developing, but there were a few drops of water at the base. 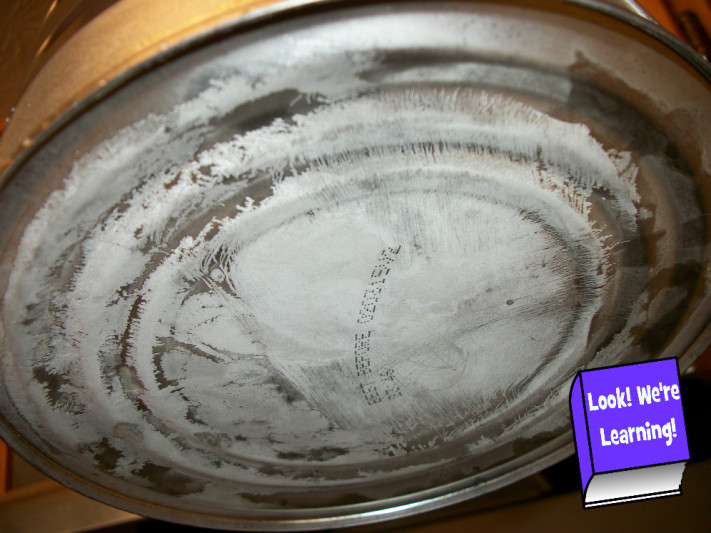 After 30 minutes, the entire bottom of the can was frosted over. As the book explained, the ice inside the can made the outside of the can extremely cold. As water vapor in the air touched the can, it immediately condensed and froze, becoming frost. Pretty neat! 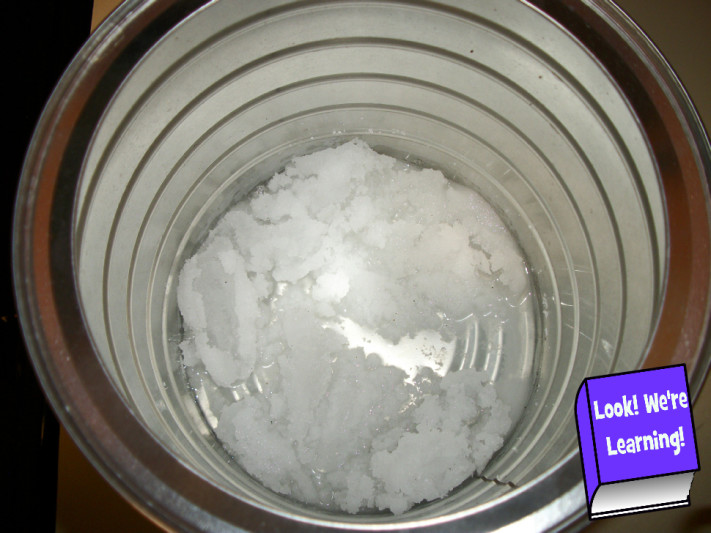 Tigger wanted to see what happened to the ice inside the can. We observed that the ice was melting, because of being mixed with the salt – which explains why road crews are always using salt to de-ice roadways!

This was a super quick and simple experiment, but Tigger loved it. So I’ll count that as a homeschooling win. 🙂