Today is the last day of our series The Great Homeschool Public School Experiment! And today we’re talking about the last thing we’ve noticed since our kids have been in school: unwelcome attitude changes.

It’s no secret that all kids act out on occasion and ours have been no strangers to that rule. We’ve dealt with quite a few tantrums over the years, but we’d settled into a fairly comfortable routine as a family. After our kids started going to school, though, we noticed some sudden and glaring changes.

While we weren’t shocked by these changes, we were certainly less than thrilled. And it’s taken us a while to get back to our original comfortable routine. But we’re definitely on our way now. Here is how we’ve dealt with the unwelcome attitude changes that have popped up since our kids have been in public school. 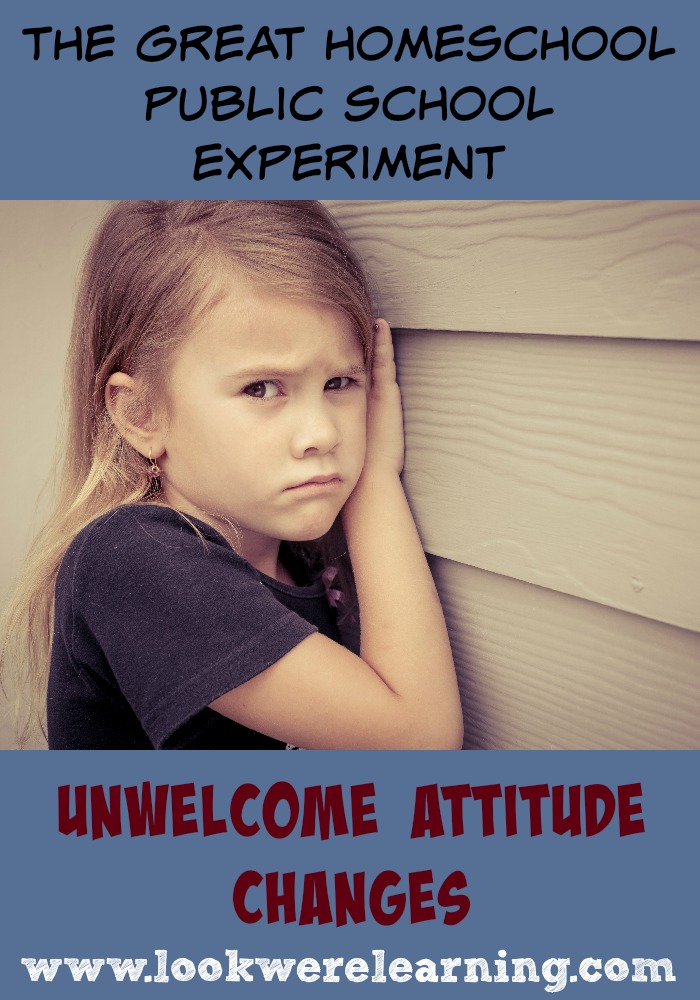 The Sudden Appearance of Backtalk

We have never really had to deal with backtalk from our kids. After they started going to public school, though, we started to hear it for the first time. I wish someone had taken a picture of my face the first time Tigger said with a sigh and an eye roll, “I didn’t mean THAT, Mom.” I’m fairly certain my jaw was lying on the floor.

After recovering from my initial shock, I managed to ask “Excuse me?” I guess my face showed my abject horror, because Tigger immediately backtracked and rephrased her original comment. Still, Jay and I had to talk with each of the children in turn about picking up disrespectful speech from their classmates. We addressed it every single time we saw it. Every single time. And slowly, it’s loosening its death grip on our household.

Another issue we noticed was serious irritability. Pooh and Roo would wake up and immediately begin arguing as they got dressed. As soon as the kids got in the van at the end of the school day, Tigger and Pooh would instantly begin interrupting each other. It was awful.

We chalked a lot of the irritability up to the sudden change in schedule and their new homework responsibilities. But any life change is going to bring its own challenges and going to school was a HUGE change for them. Since we don’t have as much time together during the day as we used to, we have to make the most of what we have by sharing family dinners, giving the kids time to unwind individually, and getting them to bed at an early hour. Now that we make those things a priority, the irritability seems to be decreasing.

Have your children ever picked up negative character traits from other kids (in public school or elsewhere)? How do you handle it? Let us know in the comments!

This post is part of the series “The Great Homeschool Public School Experiment“! I really hope you’ve enjoyed reading it! Read about our other adventures in trying public school for the first time! 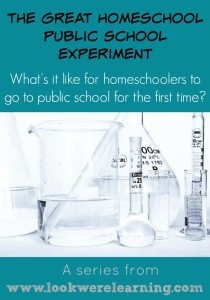