Tigger is a huge science fan. HUGE. For me, though, science is so abstract that it can be difficult for me to get into teaching it in our homeschool.

Thanks to a great kids’ book that I got the chance to review, though, I was able to teach my kids (even my toddler) about electrons and atoms! After we read the book, we did a few learning about atoms activities to help the kids retain what they learned. And so far, it’s working!

Check out some of the hands-on ways we learned about atoms recently!

Disclosure: I received this book in exchange for this review and I was compensated for my time. All opinions are my own and I was not required to post a positive review. 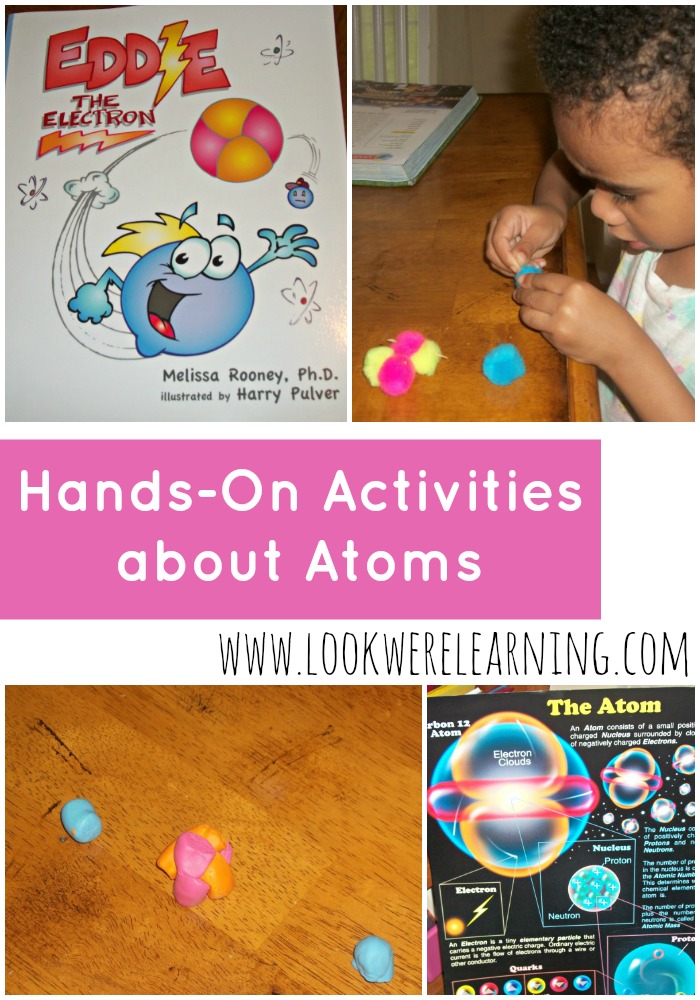 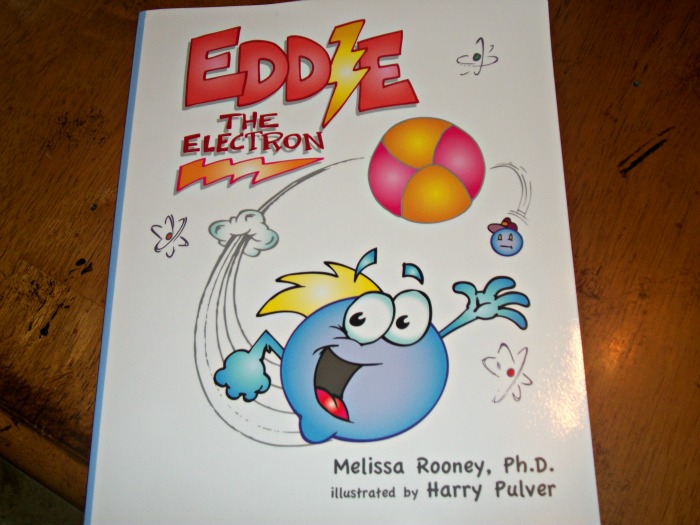 To begin our study of atoms, we read the book Eddie the Electron by Melissa Rooney from Amberjack Publishing. 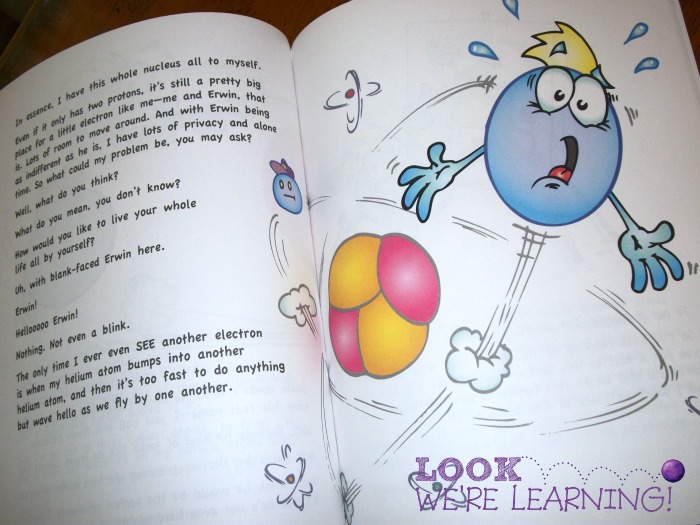 As you can see, the book is well illustrated and funny, so it’s perfect for kids! Especially kids who want to be entertained all the time (like mine). 🙂

Eddie “speaks” directly to readers about where he lives (on a helium atom), what he does (rotates around the nucleus), and how his atom behaves (it’s a noble gas). There are so many advanced scientific concepts that are casually introduced in the book that it’s full of information for kids in several grade levels! 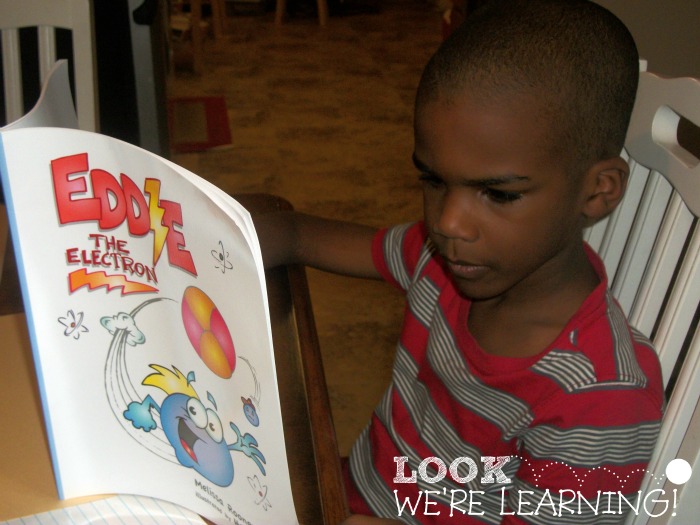 After we read the book together, the kids studied the pictures to get a visual idea of how electrons orbit around atoms.

What I loved about Eddie the Electron was how engaging the story was. The kids were so interested in the story, especially Eddie’s frustration with Erwin, his fellow electron, that they didn’t even realize we were discussing a fairly advanced topic.

Science is probably my least favorite subject to teach, because it’s hard for me to get a good grasp on some of the concepts, especially those that cannot be observed with the naked eye (such as the atom). But reading Eddie the Electron helped me a lot, because it made the atomic theory relatable enough for me to understand and teach to my kids!

For Melissa Rooney, the author of the book, making science relatable was the goal. Several years after earning her Ph.D. in Chemistry, Melissa Rooney decided she did not want to be a career chemist. As she has always loved and collected children’s books, Melissa decided to utilize her Ph.D. and write her own children’s book, which transformed into Eddie the Electron.

Melissa has said, “I am confident that, by presenting these scientific concepts to children at an early age, Eddie would increase the likelihood that they would be comfortable and interested in such ‘complicated’ ideas.”

To learn more about Melissa, visit her website: http://www.melissarooneywriting.com/ or read more about her collegiate career here. 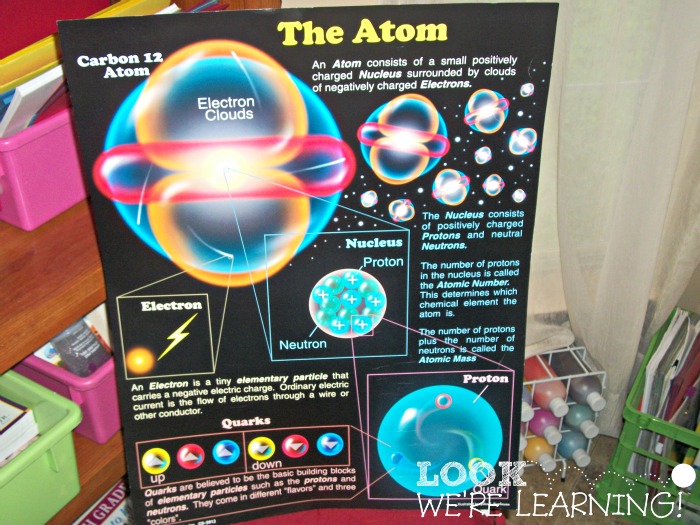 After we read the book, we pulled out an anchor chart about the atom, which described more about atoms work, including other parts such as neutrons, protons, and quarks. 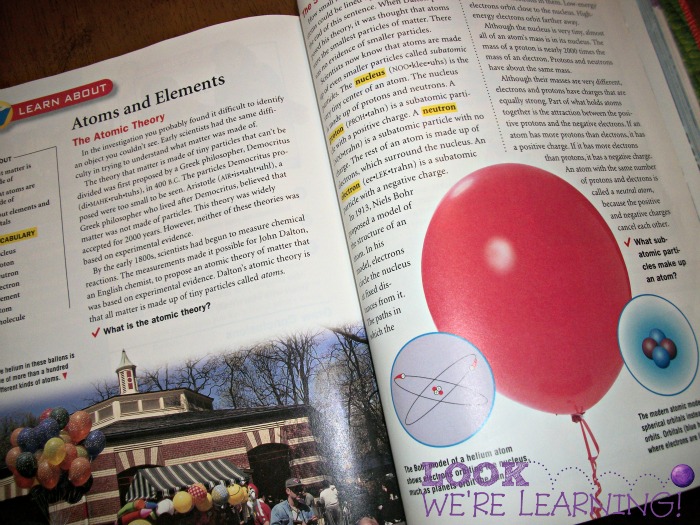 For Tigger, I added a bit of reading in her science book about atoms, including the history of scientists who were interested in researching atomic theory. 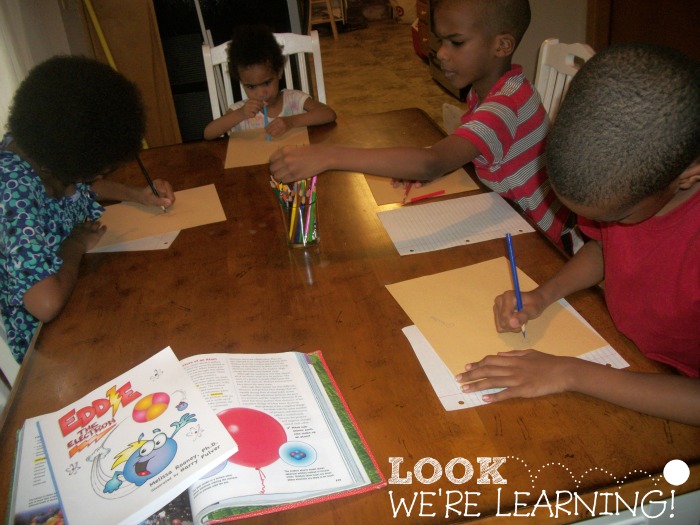 Then it was time to get hands-on! The kids started by drawing diagrams of atoms and electrons in motion. 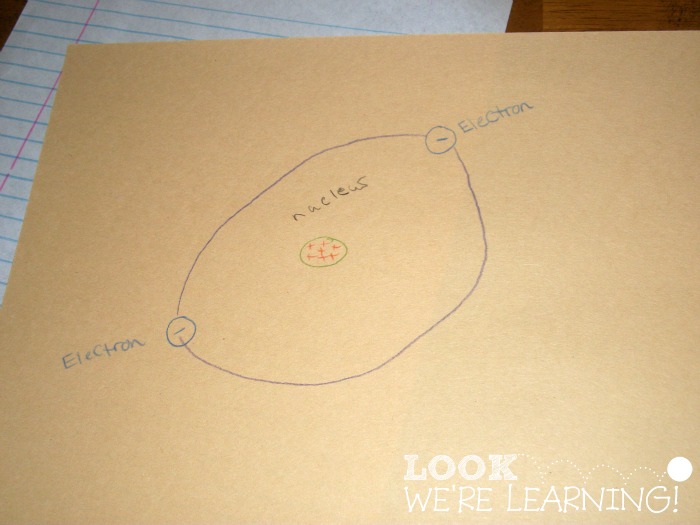 Here’s Pooh’s. Positive protons in the center and negative electrons orbiting around the nucleus. 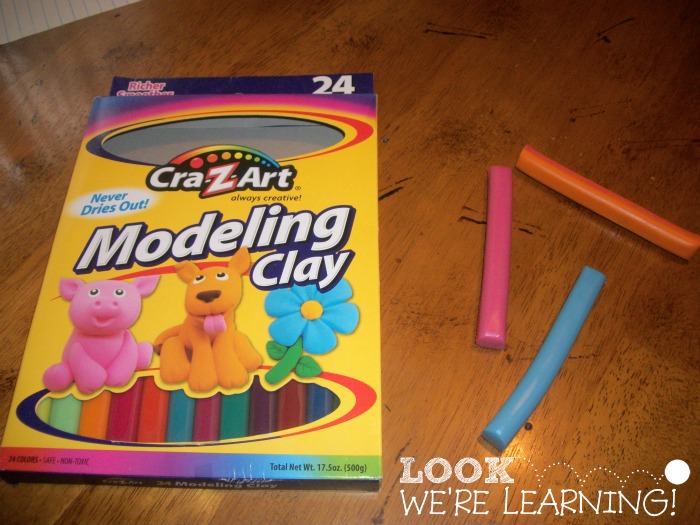 Once we got a grasp on how atoms and electrons worked, we decided to form our own atoms out of modeling clay. We used similar colors to those in Eddie the Electron, so it’d be easy for the kids to identify each part as they formed it. 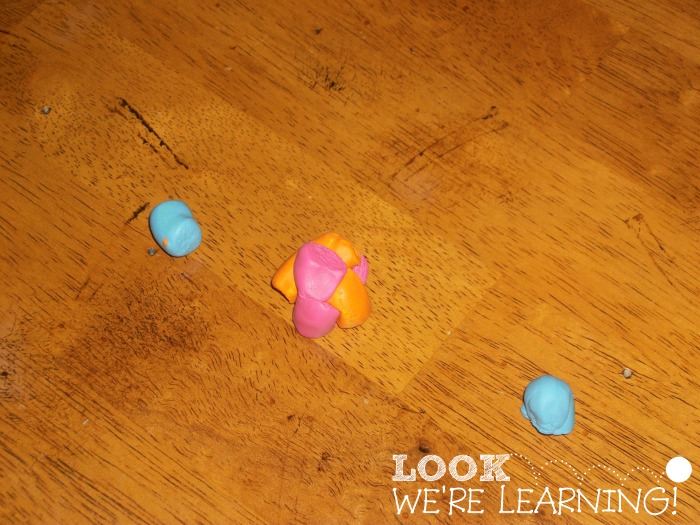 And here’s Eddie and Erwin orbiting around the nucleus of their helium atom! 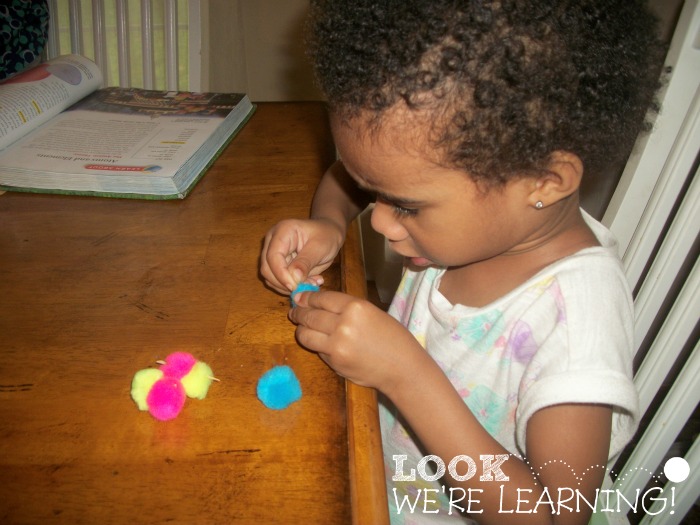 Piglet even got in on the fun by making her atom and electrons out of pom-poms and toothpicks. 🙂

If you’re looking for a fun and easy way to introduce kids to STEM concepts such as atoms, Eddie the Electron is a great resource for children! Pick up a copy of the book to make science fun and hands-on!

To see more of the great educational resources available from Amberjack Publishing, keep up with the company on social media!